Cate Blanchett Talks Women In Hollywood, Her Sexuality, and Her Latest Film, Carol

“We have to push forward." 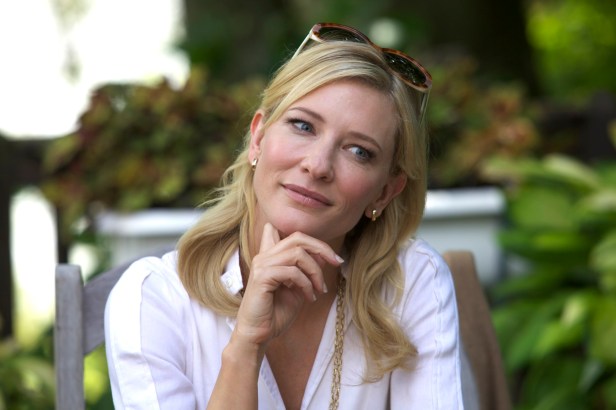 Cate Blanchett has always been an insanely talented actress, and lately she’s become something more – an outspoken feminist. As she’s moved forward through her career, she’s become increasingly vocal in her criticism of the sexism in her industry, which we love.

She had reason to discuss those issues further in a recent interview with Variety, where she was discussing her upcoming, female-led film, Carol, which is premiering at the Cannes Film Festival this weekend.

Carol is based on a Patricia Highsmith novel (if for no other reason, you know her as the novelist behind The Talented Mr. Ripley, though you should really know her other work, too) titled The Price of Salt, which is set in 1950s New York City and depicts a love story between two women. Blanchett plays the titular Carol, a woman who has a love affair with a younger department store clerk, Therese, played by Rooney Mara. Carol is directed by Todd Haynes.

It’s the kind of film that you wouldn’t expect to get any mainstream attention. After all, not only does it star two women, but they’re lesbians. *gasp* Still, Blanchett thinks it’s time for more projects like this to be made, and sees that the sexism in Hollywood is connected to the sexism everywhere else:

We have to push forward. What industry has parity pay for women? None. Why would we expect this industry to be any different? It’s not serving the audience. People want to see good films. We should have equal access to the multiplexes.

There was a lot of trouble bringing Carol to the screen, which is surprising in This Day And Age. And yet, not really. Not when you consider that the last mainstream, breakthrough film featuring an LGBTQ+ relationship at its center was Brokeback Mountain back in 2005. And that starred two dudes.

Blanchett says she wasn’t convinced that Carol would ever make it to theaters. “It was so hard,” she recalls. “Midrange films with women at the center are tricky to finance. There are a lot of people laboring under the misapprehension that people don’t want to see them, which isn’t true.” And while the franchise-obsessed movie industry covets young male audiences above all else, it can no longer ignore female moviegoers — who account for at least half of ticket sales each year.

Blanchett believes there is some hope. “I think there’s been a critical mass of women who have reached a certain place in the industry,” she says, citing Meryl Streep, Reese Witherspoon and Nicole Kidman, as well as producer Allison Shearmur, who made the Disney fairy tale about a magical glass slipper a reality. “I want it to not be discussed anymore,” Blanchett notes. “But it needs to be discussed.”

Blanchett also made a few things a bit clearer regarding her opinion on sexuality, and even gave some insight into her own, which is rare for this very private person:

When asked if this is her first turn as a lesbian, Blanchett curls her lips into a smile. “On film — or in real life?” she asks coyly. Pressed for details about whether she’s had past relationships with women, she responds: “Yes. Many times,” but doesn’t elaborate. Like Carol, who never “comes out” as a lesbian, Blanchett doesn’t necessarily rely on labels for sexual orientation. “I never thought about it,” she says of how she envisioned the character. “I don’t think Carol thought about it.”

She doesn’t say the b-word (for those of you who’re out of it or something, the b-word in this case is “bisexual”), but she also seems like the kind of person for whom labels matter very little, and while sexuality is a political issue for many people, there are those for whom it definitely isn’t:

Haynes showed her an early cut of Carol last August. “The visuals surprised even me,” Blanchett says. “I somehow was expecting something more familiar.” If Carol lived today, she couldn’t see her marching in a gay pride parade. “Her sexuality isn’t politicized,” Blanchett says. “I think there are a lot of people that exist like that who don’t feel the need to shout things from the rafters.”

Regardless of sexuality or politics, Blanchett is one of the fiercest actors living today, and Carol is definitely a movie I will be seeing if and when it has a wide release.