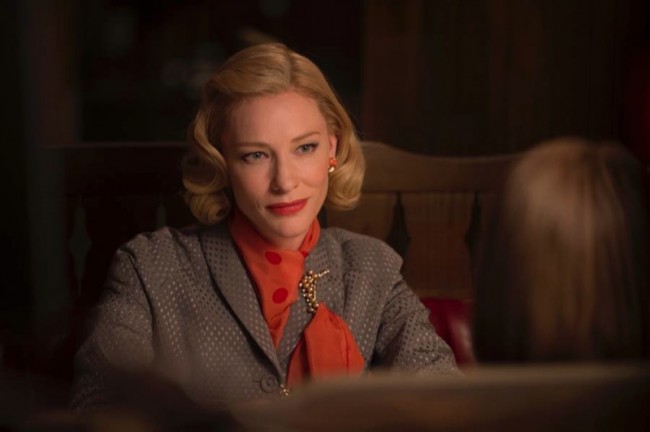 Do you remember that Ocean’s Eleven spinoff starring Sandra Bullock that we talked about back in October? Apparently that train continues to chug along, as Cate Blanchett has just been confirmed as another addition to the cast. Showbiz411 reports that Blanchett is officially on board now after rumors began to abound surrounding her casting. The report also mentioned rumors that Helena Bonham Carter and Mindy Kaling will soon join. In terms of roles, Blanchett seems to be the “Rusty” to Bullock’s “Danny,” who plays Danny Ocean’s sister and leads this group of lady thieves.

/Film also mentions that this film may be titled Ocean’s Ocho, referring to the eight women who make up the group of thieves planning the heist. What are they setting out to steal, you ask? According to /Film, they’re targeting “a necklace from the Met Ball to frame a crooked gallery owner.” Sounds caper-y enough to me! There’s no official word on whether the modern Danny Ocean, George Clooney, will return to reprise his role in some form. It’d be neat to see, for sure!

Keep in mind a good chunk of these are rumors and that the development process for the movie is still in its infancy. After all, shooting is only slated to begin “early 2017,” so there’s time yet for reports and confirmations.