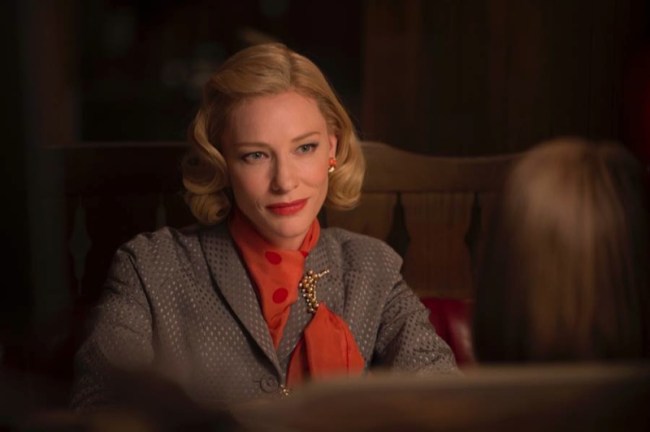 News about the all-female Ocean’s Eleven movie directed by Gary Ross of The Hunger Games has been floating around for a while now, with the casting news that Sandra Bullock was taking on the Danny Ocean (played by George Clooney or Frank Sinatra in the 1960s version) role and Jennifer Lawrence the young recruit Linus (originated by Matt Damon). The project, which has been unofficially named Ocean’s Ocho, suggests we can look forward to seeing at least 5 more awesome actresses in the ensemble banding together to pull off some amazing heist.

For even more Oscar-winning star power, The Playlist reports that Cate Blanchett is currently in talks to take over the Rusty Ryan role (originally played by a constantly snacking Brad Pitt). However, they also stated that the the actresses would not be played a female version of these roles, but new characters “loosely modeled after the friendship/partnership dynamic established in the Soderbergh films.” So, while there’ll probably be a partnership between Blanchett and Bullock, and some mentorship with Lawrence, it won’t be a perfect 1:1 with the Soderbergh.

I remember enjoying the Ocean’s series a lot, but I’m glad to hear that they’re not just going to rehash the 2001 and we’ll get some new and original characters. Unfortunately, the news that the film may start shooting later this year brings up some scheduling conflicts for Lawrence (due to her involvement in a project with Amy Schumer, along with an untitled drama by Darren Aronofsky). Nevertheless, I’m really looking forward to see who’ll be in the ensemble for Ocean’s Ocho! Who’s in your all-female heist team?