Carrie Fisher Said She’ll Be in the Star Wars Sequels, But Let’s Not Freak Out Quite Yet 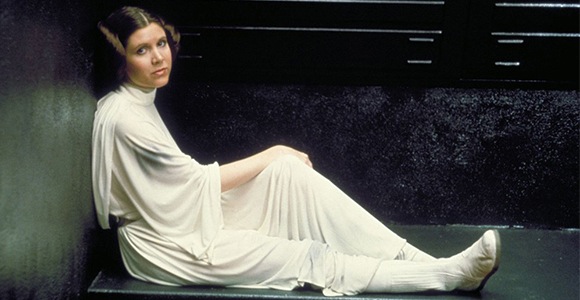 OK, so, getting the important stuff covered first: Carrie Fisher was asked by the Palm Beach Illustrated whether she’d be in the Star Wars sequels, and she said, and I quote, “Yes.”

But here’s why we should wait before breaking out the cinnamon buns in celebration:

One, Mark Hamill has previously stated that, though Lucasfilm President Kathleen Kennedy and Episode VII writer Michael Arndt were interested in meeting with him, Fisher, and Harrison Ford about the sequels, no contracts had actually been signed.

Granted, that could have changed between now and then. Or even if contracts haven’t been signed, negotiations could be going on between Fisher (at least) and Lucasfilm.

But I’m not going to assume that’s the case based on Fisher’s interview, because of reason two: It really seems like she might’ve been speaking sarcastically.

I mean, look at what she said right after giving her “yes” answer:

What do you think Princess Leia is like today?
Elderly. She’s in an intergalactic old folks’ home [laughs]. I just think she would be just like she was before, only slower and less inclined to be up for the big battle.

And still wearing the bagel buns?
The bagel buns and the bikini, because probably she has sundowners syndrome. At sundown, she thinks that she’s 20-something. And she puts it on and gets institutionalized.

So she’s definitely joking with that last answer (I hope), I’m gonna say partially joking with the second answer, and maaaaybe (probably?) joking about the sequels confirmation. This is Carrie Fisher we’re talking about, after all. The sense of humor is strong in this one.

Blast! The difficulty of detecting sarcasm on the Internet strikes again!