"There was always someone from Marvel there and both of them ... were women." 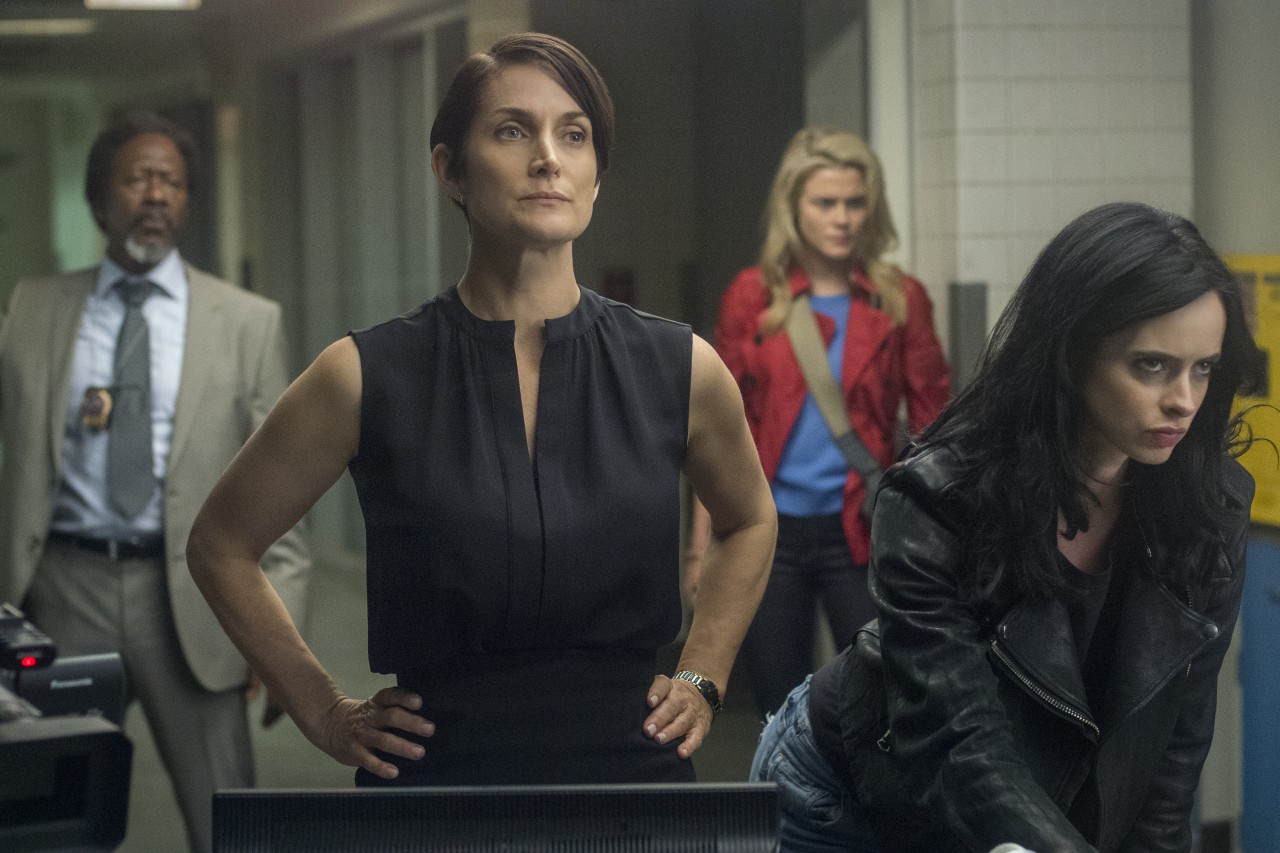 If you consider yourself a feminist and a fan of the Marvel Cinematic Universe, chances are you’re pretty damn psyched to see Jessica Jones, which begins streaming November 20 on Netflix. Surely a part of that excitement comes from the fact that this is a Marvel series with a female lead (Krysten Ritter) and showrunner (Melissa Rosenberg). But how girl-powered is the series actually, both in terms of plot and crew members?

We posed those precise questions to actress Carrie-Anne Moss, whom you may remember as Trinity in the Matrix films, and who plays lawyer Jeri Hogarth (a gender bending version of Jeryn Hogarth!) on the show, during a recent conference call. And as Moss tells it, there actually is a pretty decent female presence on the series, even if she didn’t see it at first.

When The Mary Sue asked Moss about the amount of women working on the series, she didn’t have specific numbers to share, but mentioned a number of female crew members of note.

The director of the pilot and the second episode [S.J. Clarkson] was a woman. There was always someone from Marvel there and both of them  … were women. Netflix had people there and it often was a woman. Obviously a lot of the crew are women.

Moss went on to add that there are also a lot of male crew members as well, which is to be expected and only fair (assuming, of course, that these crew members were chosen for their talent over their gender). But the fact that there’s a notable number of women behind the camera on this series is definitely positive. And that’s before we even start talking about Rosenberg, who, Moss says, really took pride in running the show.

It’s great … [her]  being the showrunner of it and being at the helm of the whole thing, Definitely her level of talent and storytelling set the tone for all of it.

Another female director on the series, Uta Briesewitz (far right) on set.

Jessica Jones is definitely dark in tone and thus, much more in line with Marvel’s other Netflix series, Daredevil, than say, Agents of S.H.I.E.L.D. After all, Jessica is what Moss calls a “reluctant superhero,” having an urge to help others (particularly women, as you’ll see in Episode 1), but also having to deal with personal traumas that just keep coming back to haunt her and her work as a private detective.

I think if she could, [Jessica] would just run away, but she can’t because she has this deep conscience and wants to save [people]. And yet, it’s painful. She’s got so many wounds from her life that it’s so incredibly difficult for her to show up in a way that she needs to show up. I think that really makes her a complex, interesting character.

With so many women working on the series and Jessica Jones being such a layered lead, it might feel natural to call the show “feminist.” Moss, however, isn’t quite ready to commit to that label.

I hadn’t really thought of it that way, but I can see that. Whenever I read something that brings that awareness of it, I’m like, ‘Wow, I really hadn’t seen it like that when I read it. I saw it as a story.’ And how people interpret something and how they take it is really not my business, right?

It’s like, how am I gonna feel when I see it all? Because honestly, I haven’t seen it all. I mean, obviously I read them all and I was a part of it, but it’s different to see it, to see it executed it, to see all the parts you worked in, to see all the pieces come together. So, I’ll have to see what I think when I’ve seen it all. But I love that [idea]. That’s really amazing.