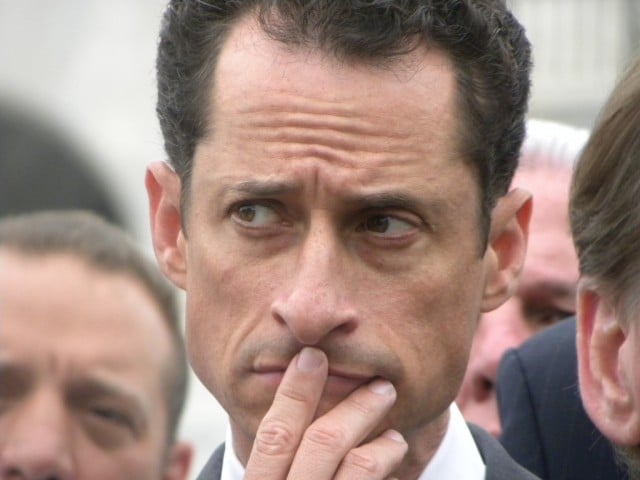 So disgraced former congressman Anthony Weiner’s at it again, huh? The good news is that this time he thought to come up with an alias, because as we all know, calling yourself “Weiner” while sending dick pics to women is literally asking to be ridiculed. The bad news is that the name he chose — Carlos Danger — is even more ludicrous. The best news is that there’s a Carlos Danger Name Generator over at Slate so you can create you own, and it’s glorious. That’s why we fed the names of a bunch of celebrities into it.

Typing is hard, of course, and while you should certainly go input your own name into the generator, who has time to come up with random celebrities and famous persons to throw in there, too? We do, of course. Here’s a selection of some of our favorites.

First we’ve got some fictional slimeballs:

There’s also these real-life slimeballs, too — oddly enough, their aliases are the most boring of the bunch:

Next up we have a couple of our favorite science bros just for funsies:

Then we thought, “Hey! If we’re just giving out aliases all willy-nilly, Diddy probably needs a new one for his rap career, right?”

And then what the heck, let’s go for a totally random video game character, because why not:

For the record, I stuck to male names because there didn’t appear to be any female ones in the generator. For example, I would apparently be called “Victorino Trouble,” which is pretty lame. Let’s hope that Slate grabs onto the supposed alias of Weiner’s sexting buddy — apparently called “Sydney Leathers” — and makes a generator out of that too. For the ladies.