Is Your Career Only In Your Genes? 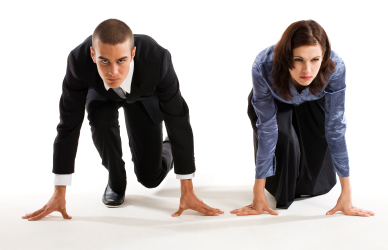 Girls like to talk and cook and boys like to do math and play sports, right? It’s one of the oldest generalizations in the book that women and men are predisposed to certain career choices. Many have made it their job (pun intended) to rail against those assumptions but now a group of psychologists from Penn State University are saying no, our careers really are based on biology.  Let’s discuss.

Adriene M. Beltz, a psychology graduate student at Penn State is working with Sheri A. Berenbaum, professor of psychology and pediatrics at the university says, “Our results provide strong support for hormonal influences on interest in occupations characterized by working with things versus people.”

The team conducted their study by looking at youths with congenital adrenal hyperplasia, a genetic condition, and their siblings who do not have CAH in order to field the different sexes interests relevant to science, technology, engineering and mathematics, otherwise known as STEM careers. The reason they study those with CAH? Individuals with CAH are exposed to more androgen in the uterus than is normal and androgen is a type of male sex hormone.

“Females without CAH had less interest than males in occupations related to things, such as engineer or surgeon, and more interest in careers focused on interacting with people, such as social worker or teacher,” they found. “The researchers asked the participants to rate each item in a list of 64 occupations, according to whether they would like, dislike or were indifferent to doing that job. The occupations were grouped into six categories of careers — realistic, investigative, artistic, social, enterprising and conventional.”

“We found there is a biological influence on that interest toward things, so maybe women aren’t going into STEM careers because what they’re interested in — people — isn’t consistent with an interest in STEM careers,” said Beltz. “Maybe we could show females ways in which an interest in people is compatible with STEM careers.”

It’s interesting to hear things like this. On one hand it furthers stereotypes but at the same time, it also ignores a big factor in development, namely society.

Without doing scientific research, history has proved this study wrong. Obviously these biological tendencies are not set in stone or else we wouldn’t have people like Hugh Jackman or Sammy Davis Jr., two notable, and very social men. Conversely we wouldn’t have people like Marie Curie, Missy Cummings or about a zillion other women who work in the sciences or engineering fields.

I won’t deny that genes obviously play a role in our lives but I’m certainly not going to say they’re the only determining factor. It’s been shown that not only how you grow up but where you grow up can make a huge difference as well. So, what have we learned today? Um, do what you love and don’t tell your daughter or son they can’t be x,y or z because of their genes?

(via Ms. Blog, where there are even more refutations)