Why Women Leave The Engineering Field (Hint: It’s Not To Have Babies) 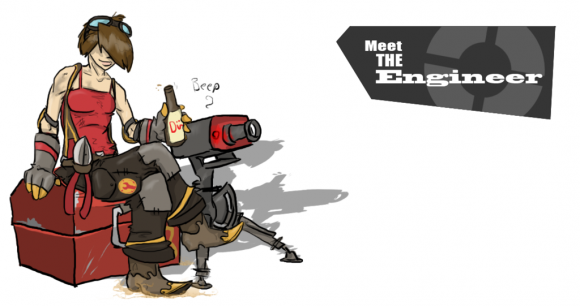 One of the most commonly proposed explanations for why women are scarce in the scientific fields of engineering, research, and medicine is that those fields are too rigorous of a day job to allow a person to raise a family. The conclusion is that obviously, women choose family over career much more often then men, and the engineering community can’t do much about that. We can understand that this is appealing to many in the sciences: after all, it takes responsibility for changing the demographic consistency of the field away from those who are already in the community, and places it on the shoulders of the broader (and harder to quantify or blame) society and it’s enforcement of gender norms.

Too bad that 75% of the women who leave their engineering careers had other reasons, according to a study by Dr. Nadya Fouad called Stemming the Tide: Why Women Leave Engineering.

Stemming the Tide surveyed 3,700 women with degrees, careers, and former careers in engineering, and found that only one in four female engineers had left to “spend time with family.” By contrast, one third of their “leaving” participants cited the workplace climate, their boss, or the overall culture as a reason; and fully half of the women who’d left the engineering profession left because of the frequent travel, working conditions, low salary or a lack of advancement.

In Dr. Fouad’s own words:

Because we did not ask participants to choose just one reason, but had a list of many options, it could be that raising a family was one of many reasons that women chose to leave the field. We heard from women who said that leaving to raise a family was not their first choice, and if the work environment had been more welcoming or flexible, and if supervisors and coworkers had been more supportive of employees’ balancing multiple roles, they might not have made that choice.

I am concerned about the women who felt that the environment was so unfriendly that leaving the organization and career of engineering was preferable to staying. In short, they chose to leave a paycheck and their training and identity as engineers. Many women commented in the survey and also have sent us personal emails attesting to how wrenching it is to make the decision to leave a career for which they were prepared.

Ultimately, Fouad’s research shows that our cultural expectation that the woman must (or is more likely to) put family before career is not fully, or even primarily to blame for the lack of a significant female presence in the field of engineering (women make up 11% of practicing engineers), and likely in other scientific fields as well. Sorry, sciences. Luckily for you, Fouad has some recommended solutions as well, like “like becoming more flexible about work schedules” and creating “clear, visible, and transparent paths toward advancement.”