Cara Delevingne’s Enchantress Listens To “A Lot of Megadeth” 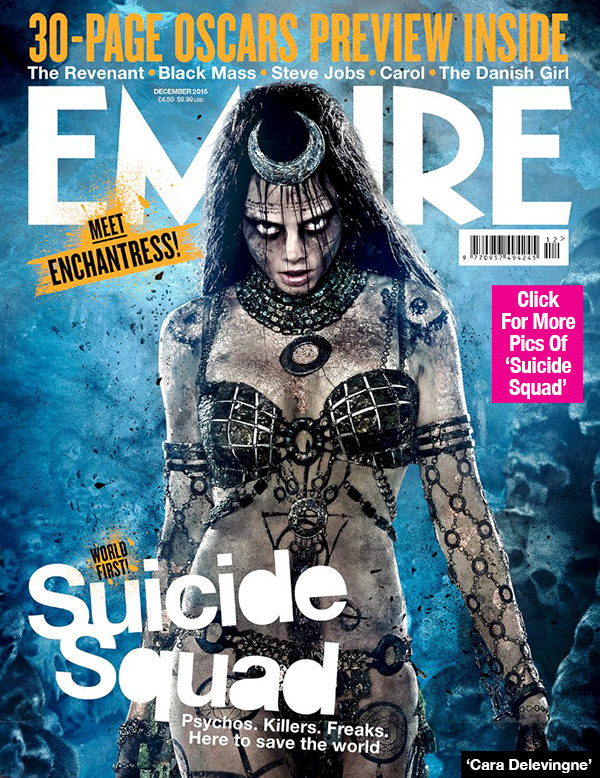 After having shown us our first head-to-toe look at Jared Leto’s Joker costume for Suicide Squad, Empire has released a similar photo of Cara Delevingne as Enchantress. She looks intense — and it sounds from her quotes about her character in the film that super-goth intensity is exactly what she wants to evoke here.

Delevingne told Hollywood Life that Suicide Squad will feature a flashback to Enchantress before she got her powers, back when she was mild-mannered June Moone. Delevingne describes June as “an adventure seeker who’s always wanted some excitement. And she gets what she wished for, but in a terrible way. At the start of the movie she discovers a cavern and finds…something…within.” Something that makes her get all Enchantress-y, we assume! That’s not quite the same as June’s backstory in the comics, but it’s definitely similar.

Delevingne describes Enchantress as “an ancient sorceress. A feral being. She’s been trapped for so long and now she’s finally let out” — all of which definitely matches up with the character we know. Except this version of the Enchantress has some modern musical taste. According to Delevingne, she’d like to “blast Nick Cave’s Red Right Hand, that song about the devil. Also a lot of Megadeth. Just evil stuff.” I think I’d be into Delevingne’s getting-into-character playlist!

(via Polygon, image via Hollywood Life)