Plus Wicked, James Cameron and more! 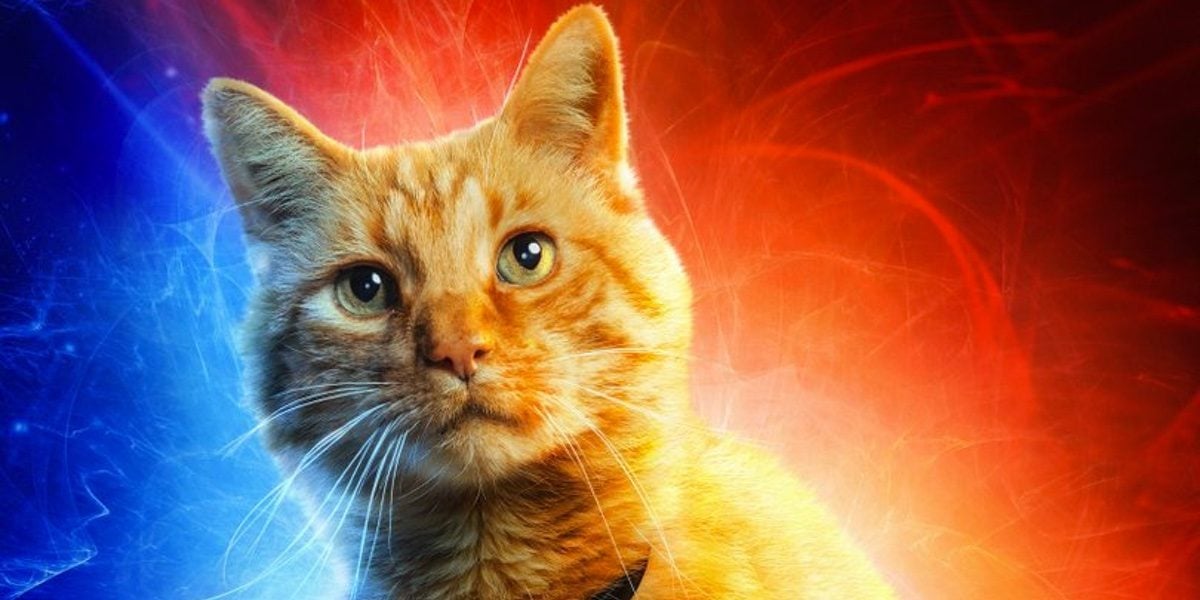 Ever since Goose the cat made an appearance in the corner of the Captain Marvel poster, fans have been speculating over whether or not the feline retains the same characteristics as Carol’s cat in the comics series. In the Captain Marvel comics, Carol’s cat Chewie is actually a Flerken, an extra-terrestrial critter that can teleport and sports a mouthful of tentacles and fanged mini-mouths. They’re like the Nibblonians of the MCU.

Fans started to suspect that Goose (named for Anthony Edward’s character in Top Gun) might be more than meets the eye, and early test screenings had fans declaring that Goose steals the movie.

Now, a new Goose toy from Hasbro confirms that Goose is in fact a Flerken, as you can see in the tweet below:

We’re about to see #GooseTheCat unleash her FLERKEN powers too! #CaptainMarvel pic.twitter.com/dnQkO7vJTb

BRB, buying Goose toys for everyone in the office. We’re less than 4 weeks away from the premiere of Captain Marvel, and we get more amped with every new detail revealed. Long live Goose!

What are you peeping this Saturday, Mary Suevians?