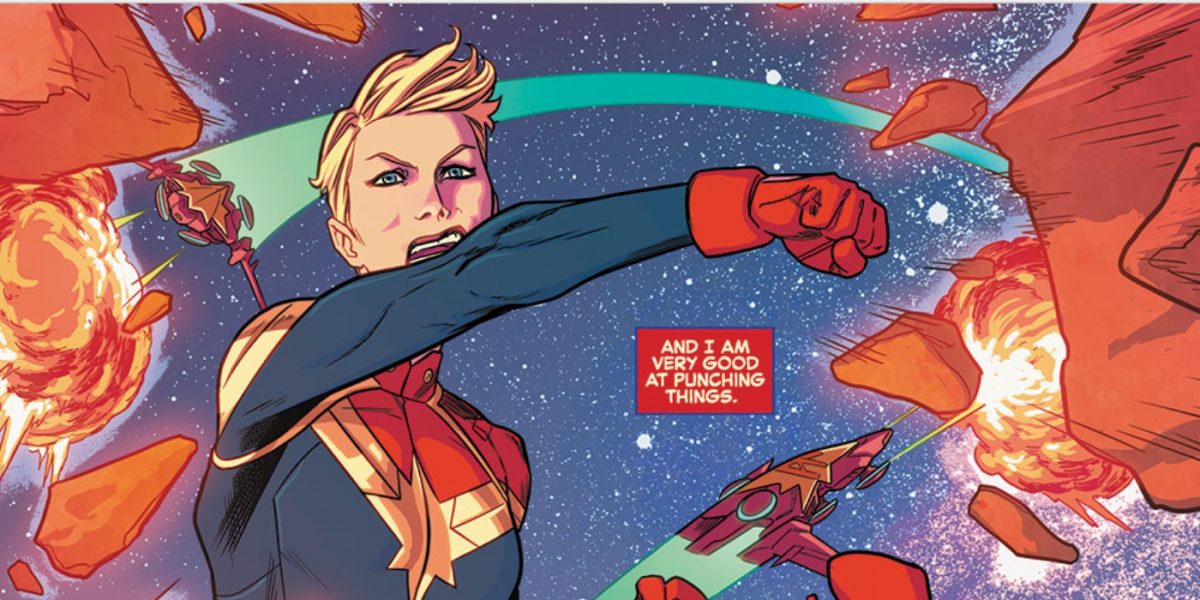 We’ve gotten a ton of new information about the Marvel cinematic universe (MCU) recently, from Entertainment Weekly‘s huge spread of Infinity War photos and covers to new details about Wakanda’s role in the future of the universe. And now, courtesy of Kevin Feige’s interview with Entertainment Weekly, we know a little bit more about the genre of Captain Marvel.

“We wanted to explore a period before Samuel L. Jackson’s Nick Fury had any idea about any of the other heroes and crazy stuff going on in the world,” said Kevin Feige, president of Marvel Studios. “You know, we first met Nick when he told Tony, ‘You’re part of a big universe. You just don’t know yet.’ Well, we want to go back to a time when he didn’t know it yet, and really showcase and announce that Carol Danvers was that first hero that Nick came across.”

“That meant she could be the singular hero,” he continued, “but place it within timing of the MCU. It also got us talking about different genres, exploring this notion of sort of the ‘90s action film. We hadn’t necessarily done anything like that before either, so there are definitely homages to our favorite ‘90s action films within Captain Marvel.”

And which films in particular?

“Well, not necessarily talking about any particulars of the story, but the action elements [of] Terminator 2,” Feige said. “That’s about as iconic as you get, looking at kind of those cool street level fights, street level car chases, and fun stuff like that. That being said, much of the movie takes place in outer space, as you might think a Captain Marvel movie would. Like all of our genre inspirations, there are bits and pieces here and there.”

This fits with what we previously heard about the tone of the film, which will be “more of an action-comedy.” We’ve also learned that the film would be a period piece set in the ’90s, before the formation of The Avengers, and that it would feature Carol Danvers facing off against the Skrulls. We also know that Gemma Chan, Jude Law, and DeWanda Wise will be joining the cast, and that Carol will be true to her comics personality: “She’s such a smartass, she won’t take sh*t from anyone.”

Honestly, my personal action-movie homage of choice for Captain Marvel would be Monica Rambeau and Carol Danvers getting their Top Gun jokey-competitive friendship on, but alas, that’s an ’80s action flick.

What other homages do we think we might see in the movie? Mission: Impossible? Speed? Air Force One? Blade? The Matrix? Face/Off? Yeah. Definitely Face/Off.