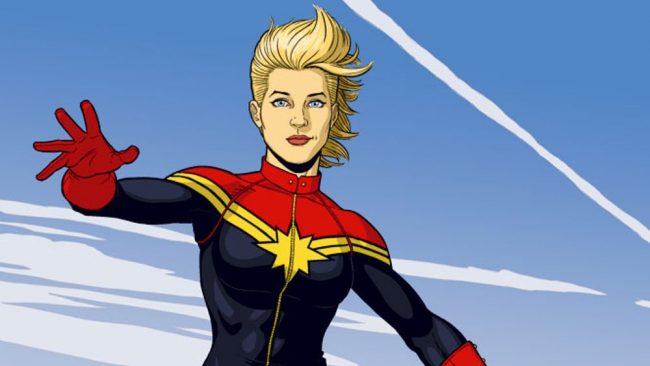 Captain Marvel screenwriter Geneva Robertson-Dworet spoke to Entertainment Weekly about the film, and how it retains elements of an earlier version of her Alicia Vikander-starring Tomb Raider script.

Don’t go into Tomb Raider thinking it’ll be much like Captain Marvel, however. Robertson-Dworet points out, “The mandate I got when I first signed on to the project was that we were doing something much more in the tone of sort of…. a fun action-comedy. My original Lara was very sassy, and then, over the subsequent drafts as Alicia gained more creative control, she wanted it to be much more serious.” She continues, “as Tomb Raider got more serious, I got even more committed to the idea of Captain Marvel being hilarious.”

That won’t be the case with Carol Danvers, fortunately. While the tone might suit Lara Croft, the writer reassures us that “Captain Marvel has a very funny voice, and it’s more of an action-comedy.” She continues:

“Carol Danvers is one of the funniest comic book characters. She’s so sassy, she’s such a smartass, she won’t take sh— from anyone, and the comic books do an amazing job at capturing that voice, and it was important that the entire Captain Marvel creative team [kept to that].”

Captain Marvel hits theaters next year, on March 8, 2019. Can we fast-forward there already?