DeWanda Wise Will Be Joining the MCU In Captain Marvel 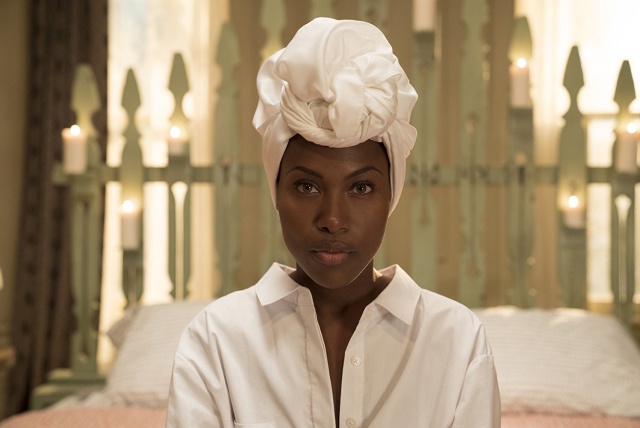 2018 is looking to be a great year for DeWanda Wise. After exciting renewal news from Netflix for her series, She’s Gotta Have It, she’ll also be joining the Marvel Extended Universe in the upcoming Captain Marvel movie starring Brie Larson, Samuel L. Jackson, Jude Law, and Ben Mendelsohn.

Not only is this great news for Wise, who has now successfully lead a series and landed a role in the biggest and most successful comic book movie franchise, but for fans of color who have been waiting to see more women of color in the film universe. As of now, excluding Black Panther, Wise will be one of the only non-alien women of color in the MCU.

Actresses Zoe Saldana and Pom Klementieff were the only other women of color in the MCU and they are playing the aliens Mantis and Gamora in the Guardians of the Galaxy films. The excellent Tessa Thompson recently joined the MCU as Valkyrie, but Valkyrie is still, at least by Midgardian standards, an alien.

I make this distinction because the lack of WOC has been a major oversight by the MUC for a long time. It was already a missed opportunity with the Ancient One in the Doctor Strange when they decided to gender flip the character but still decided to white-wash the character because of financial incentives. Until Spider-Man: Homecoming they really hadn’t had a woman of color in a leading role in their films who was playing a POC and not just an alien, but Zendaya and Laura Harrier changed that.

Black Panther will feature a fantastic cast of black female characters, but due to the insular ways of Wakanda unless T’Challa himself is appearing those women will not be showing up.

Wise’s character has the potential to pull a Falcon in Ant-Man and cameo all around the Marvel movie universe.

There is no news of yet as to who she will be playing, but my guess would be Monica Rambeau aka Photon/Spectrum. Rambeau was a cop who was exposed to extra-dimensional energy, which gave her the ability to manipulate her body into any kind of energy. She also used to go by the name Captain Marvel and was the first female African-American member of the Avengers.