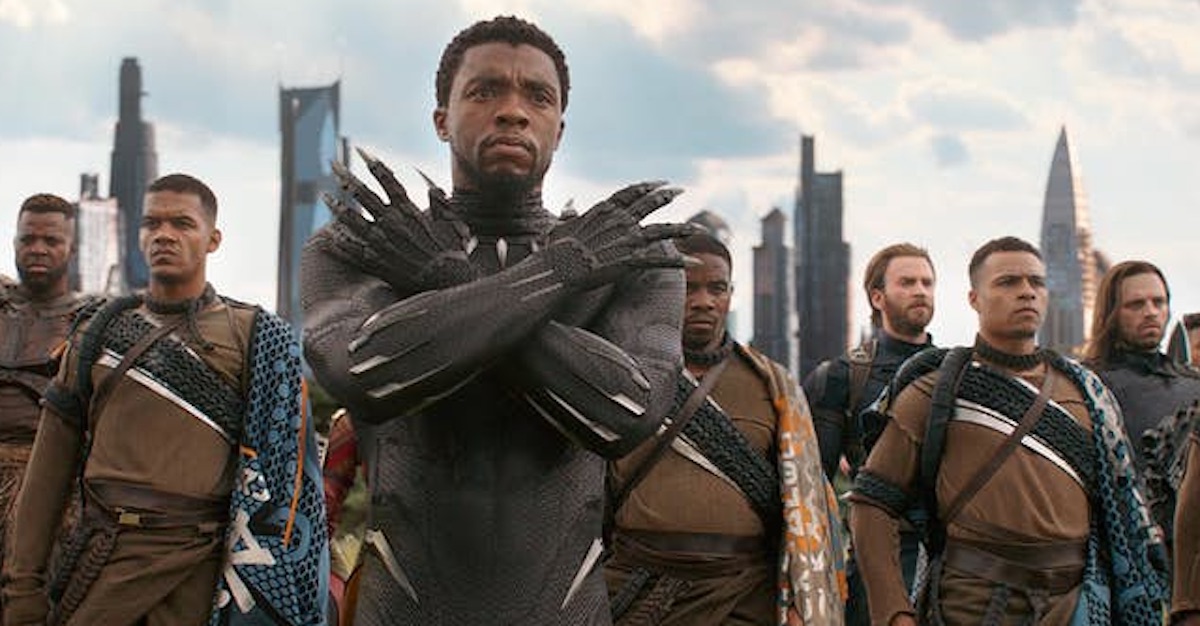 After Black Panther‘s runaway success, Marvel must be very glad they’re returning to Wakanda so soon in Infinity War.

Marvel Studios President Kevin Feige spoke to Entertainment Weekly as part of their Infinity War coverage bonanza. Feige is a master at keeping things under wraps, but he didn’t hesitate in discussing Infinity War‘s Wakanda showdown. While we knew from trailers that there was going to be a significant fight in Wakanda, it now seems like it will be the fight—or at least the movie’s entire third act.

ENTERTAINMENT WEEKLY: After Black Panther’s runaway success, you have to be feeling good about having so much Wakanda in Infinity War.

KEVIN FEIGE: That’s the grand Marvel Studios/MCU tradition of just being all in, right? All in on stuff we believe in, before the audience tells us what they think. You’ve heard us talk ad nauseam about the fact that we were in production on Avengers before either Thor or Captain America was released. Same thing with the whole third act of Infinity War being in Wakanda.

This is pretty damn big! Wakanda won’t be a one-off visit as a nod to Black Panther but the scene of a huge and epic battle that draws many of our superheroes there as well and adding in our new favorite Wakandans like Shuri, M’Baku, and Okoye. The extra emphasis on Wakanda makes sense, because according to Feige, the fictional African nation will become one of the MCU’s touchstone locations.

What role does Wakanda play going forward? It seems like kind of a new anchor point for the MCU. Can we expect a lot of the action and future stories to be connected there?

Anchor point is a good way of [describing] it, particularly as some of our other anchor points, Asgard for instance, are gone.

With Asgard gone boom and (I’m guessing here) New York City faring not so well, it’s time for some fresh MCU bases, and Wakanda has proven itself to be immensely popular. It seems that going forward we will be seeing a lot of action here; what remains to be seen is how badly Wakanda is affected by the events of Infinity War, especially if the movie’s entire dramatic third act showdown takes place there. While we know how well-equipped Wakanda is, its preparations for earthly threats may not be able to hold out against Thanos, his minions, and hordes of Outriders.

(I wouldn’t put it past this production to have everyone blast off into space for the final final showdown, however, once Thanos has managed to secure the Mind Stone, which we know is with Vision in Wakanda—and the Soul Stone, which could be there?)

Considering that The Avengers‘ destructive Battle for New York had long-lasting rippling implications across the MCU for many years—bleeding into the New York-set TV shows and all the way into Spider-Man: Homecoming, where the clean-up was a big plot point—it feels like the ramifications of what happens with Wakanda could be felt in a similar fashion.

Especially because Feige confirms (to no one’s surprise) that there “absolutely will” be a Black Panther sequel, and:

I think Shuri’s astounding, and you’ll see much more of her in our universe. Okoye, I think I’d watch three action films just Okoye. I’m not saying we’re doing that, but I’m saying that we’re intrigued by them.

Get even more intrigued, Marvel! I need my Okoye triology yesterday.

Feige leaves us on an ominous note in terms of the character deaths in the movies, though he also references Star Trek: The Next Generation so I’m not mad at him today about characters dying:

When we talk about resolution or a character’s story ending, are we necessarily talking about death?

People always will jump to that. That’s not necessarily what we’re talking about. I talk a lot, because I’m a big-ass nerd, about Star Trek: The Next Generation, “All Good Things.” That to me is one of the best series finales ever. That wasn’t about death. Picard went and played poker with the crew, something he should have done a long time ago, right?

One criticism you’ve gotten is when somebody dies in a Marvel movie, they tend to come back in some way. If it happens, will it be for real this time?

Yes. I mean, I could always list off the characters that we’ve killed in our movies that haven’t come back, but the big ones, which I know they’re looking at …? [Pause.] I would just say, yes. People need to be careful what they wish for.

Infinity War: Be careful what you wish for sounds like it could be a tagline on this film. I’d wear it on a T-shirt.