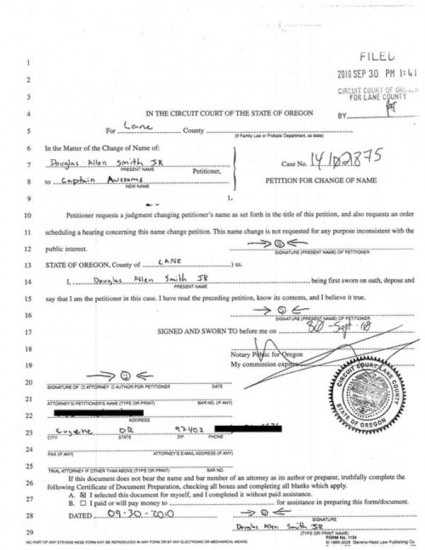 The Oregonian man formerly known as Douglas Allen Smith Jr. was inspired by a character on the NBC show Chuck to legally change his name to Captain Awesome. The character’s name is Dr. Devon “Captain Awesome” Woodcomb, and is apparently so awesome that people in real life legally change their names due to the sheer amount of awe said character exudes.

Funnily enough, Douglas Allen Smith Jr. thought he’d have a difficult time legally changing his name because the judge who was overseeing the name change, Judge Douglas Mitchell, is also named Douglas, and stated that Douglas is a perfectly honorable first name. Luckily for Captain Awesome, Judge Mitchell allowed the name change, and even allowed Captain Awesome to change his official signature to a smiley face flanked by arrows pointing toward the smiley face. The Department of Motor Vehicles accepted the signature, but apparently Captain Awesome’s bank didn’t, claiming it was too easy to forge. 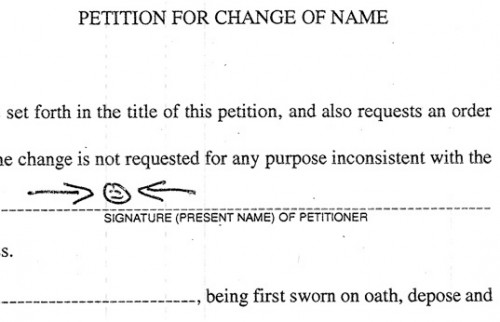 (The Register Guard via Deadspin; Signature via Neatorama)