Captain America: The Winter Soldier Gets a Teaser Poster 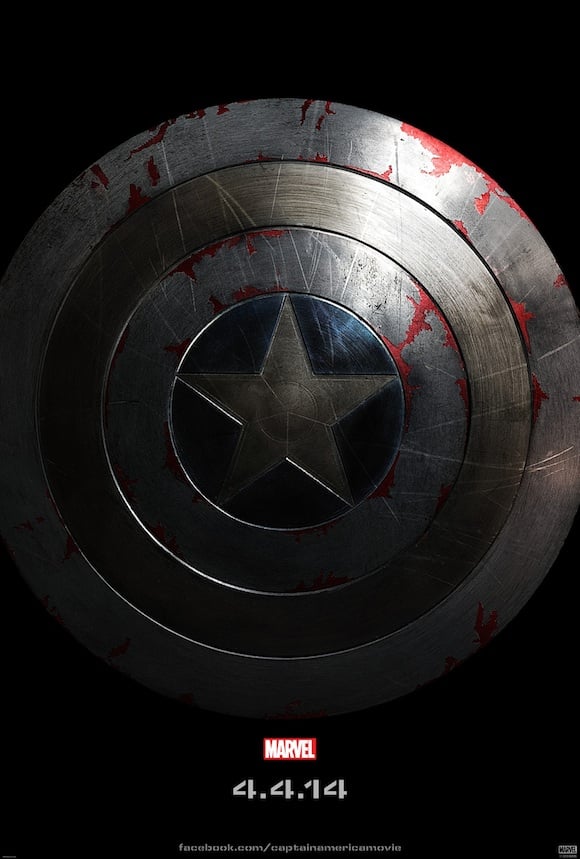 Now before anybody says anything, yes, the near indestructible vibranium alloy the shield is made out of has a natural metallic color: the red and blue are just made of paint, so they can be scuffed off. (Click to embiggen.)

Previously in The Winter Soldier