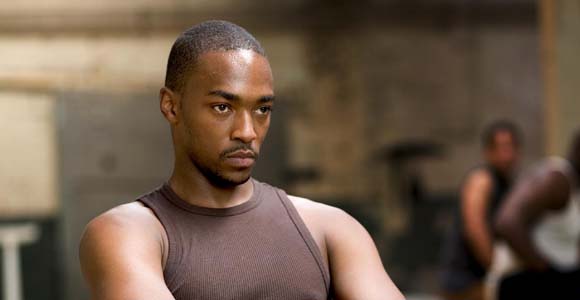 Marvel Studios had a banner Comic-Con last weekend. Not only did Iron Man 3 star Robert Downey Jr. make a surprise appearance, they made their big movie announcements/updates. The newly dubbed Captain America: The Winter Soldier has cast its first actor, Million Dollar Baby’s Anthony Mackie will play Falcon. Read on to find out more about the character and what kind of role he’ll play in the film.

“While Marvel would not comment nor divulge character details, it is believed that Mackie will portray the Falcon, one of mainstream comics’ first black superheroes and perhaps its first American one,” writes the Hollywood Reporter. “Plot details are being kept under wraps, but the subtitle suggests a respected comic book storyline from the 2000s that resurrected Captain America’s sidekick Bucky as a brainwashed super-assassin known as the Winter Solider.”

The character of Falcon, aka Sam Wilson, was introduced in 1969 by Stan Lee and Gene Colan in Captain America #117. He gains most of his powers from a suit which gives him enhanced strength and allows him to fly but also has the innate power to telepathically connect with birds. That means he can see through their eyes and even control them. He spent a great deal of time as Captain America’s partner and even took on the moniker himself when Steve was believed dead.

Mackie has several film roles under his belt but it was The Hurt Locker that really got everyone’s attention in Hollywood. His most recent role was in Abraham Lincoln: Vampire Hunter. It will be interesting to see how much of Falcon’s suit/powers they explore in Captain America: The Winter Soldier .