And all your faves will be there! 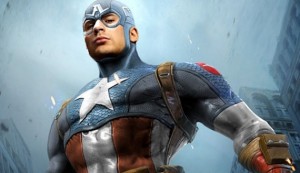 You’re not all Captain America‘d out, are you? Hopefully not, because this latest news out of the Marvel camp is pretty exciting.

2016 is actually the 75th anniversary for Captain America–he was created by Joe Simon and Jack Kirby back in 1941, and to celebrate this momentous occasion ABC is going to be airing a one-hour special all about our favorite star-spangled man. Expect to learn all about the genesis and history of the character we’re all psyched to see return in Civil War–and the special is also going to include guest interviews with actors Chris Evans and Hayley Atwell, Stan Lee himself, Cap co-creators Simon and Kirby, and Agents of SHIELD cast like Clark Gregg, Ming-Na Wen and Chloe Bennett.

Also, according to ABC, there’s going to be an exclusive news announcement from Marvel during the special itself–so that’s just one more reason to tune in.