It’s Not Wrong to Call the Monster “Frankenstein”

Consider the following before you try to correct someone. 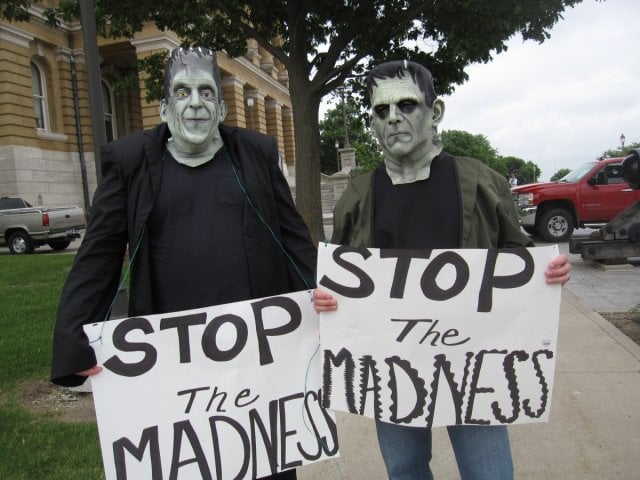 In Frankenstein: Or the Modern Prometheus Mary Shelley tells the story of Victor Frankenstein, a scientist determined to penetrate the secrets of nature and create a living being from dead tissue. Why he chose to start that venture with an eight-foot-tall hulk of a man and not, say, a gerbil, is a mystery all its own. We won’t spoil it, but things don’t go so great for Victor after that.

Neither Shelley, nor Victor Frankenstein give The Creature a name in the book, which has created the problem of what to call the thing since the book was first published in 1818. “The Creature,” “The Monster,” “Frankenstein’s Monster,” or variations are all common. Shelley herself is said to have enjoyed the way the monster was credited simply as “——” in a 1823 stage adaptation titled Presumption: or, The Fate of Frankenstein.

Somewhere in the past 195 years, people began referring to The Creature itself as “Frankenstein.” We’re not sure exactly when that happened, but our theory is that it happened around the time of the 1931 James Whale Universal Studios adaptation. The poster for which, prominently features The Creature and the word “Frankenstein”.  Anyone not familiar with the story, could easily conclude that the monster in the poster is named Frankenstein. 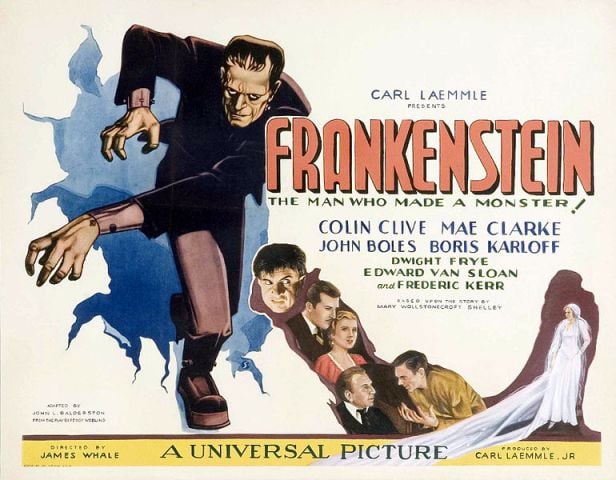 It’s an easy mistake to make, but it’s not actually a mistake. No one in the book gives The Creature a name, but unlike Boris Karloff’s grunting portrayal, Frankenstein’s monster is actually quite intelligent. He has a number of conversations with Victor Frankenstein.

In Chapter 16 of Frankenstein when The Creature is confronting Victor he says:

At length the thought of you crossed my mind. I learned from your papers that you were my father, my creator; and to whom could I apply with more fitness than to him who had given me life?

The Creature also compares himself to the Biblical Adam a few times in the book, so if we were to give him a name, we’d suggest calling him Adam Frankenstein.

So there you have it. Next time someone tries to call you out for calling The Creature “Frankenstein” you can one up them with a quote from the text to support the name.

Of course, it’s still probably a good idea to differentiate between Victor Frankenstein, the doctor, and Adam Frankenstein, the monster, if you need to make it clear in your statement which one you’re talking about. Even if it’s not incorrect to call The Creature “Frankenstein” that’s no excuse to be confusing.

If you really want to geek out on some Frankenstein discussion, let’s hash it out in the comments over whether Victor or Adam are the real monster in the story, because we’ll also make the case that Adam wasn’t really a bad guy.

(via Frankenstein: or, The Modern Prometheus, image via IowaPolitics.com)