Get in the Halloween spirit and support a book about dead people. 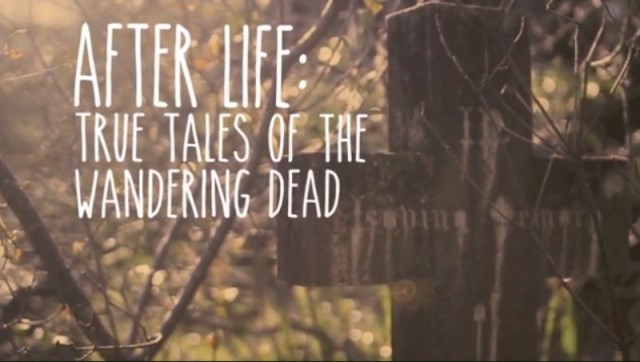 Zombies are all the rage lately, but it turns out there are some pretty amazing real-life stories about dead bodies that go on to have some wacky antics of their own, and author J. Pednaud wants to write about them. We talked to him about the Kickstarter for his book After Life: True Tales of the Wandering Dead.

Pednaud writes the blog TheHumanMarvels.com which covers the history of freak shows and the individuals behind them, and some of the stories that will appear in the book are about bodies used as sideshow exhibits. Pednaud himself has worked as a sideshow performer and in the funeral industry. His unique qualifications for this material has us deeply interested in reading it.

He tells us that at their core freak shows and our fascination with death are both about curiosity, so the crossover isn’t that unusual, and that’s why he wanted to write After Life.

After Life is exactly bizarre enough to grab our attention, and we feel like we can’t be the only ones. We asked Pednaud why he chose to take the project to Kickstarter instead of a more traditional route. He said:

I was actually handed a book deal years ago, in regards to my circus sideshow research, and the entire experience soured me on traditional publishing. The publisher approached me, so there were certain expectations in the deal. I was essentially a writer-for-hire and what the publisher wanted was something I didn’t want to write. When I started this book, it was just for me, but I noticed that every time I talked about the project people were instantly intrigued.

I love the idea of social crowd funding. It is almost Darwinian. Projects are successful based solely on the support of those who actually want the product. It’s survival of the fittest. Bad ideas and poorly conceived projects fail and I think there is a beauty to that. I could have applied for grants or taken out a loan, but I would rather give people the option of supporting the project. Grants and loans come out of many pockets.

I like the idea of people coming together to build something and I really like the idea that I get to write what I want and people can be a part of the venture.

The Kickstarter page lists a number of strange tales, but we asked Pednaud what he thinks the weirdest story in the book is. It was hard to pick one he said, but then he told us the story of Elmer McCurdy. Most of it anyway. He is trying to sell the book after all.

McCurdy was an outlaw who was shot down in 1911 by law enforcement. His corpse was unclaimed, so the local funeral home heavily embalmed him with arsenic and placed him in their window as a display of their workmanship. Eventually McCurdy wound up in a sideshow and from there the outlaw traded hands several times. Eventually people just forgot he was real and assumed that Elmer was a macabre mannequin. In the 1970’s the very real cadaver was in use as a funhouse prop and he was eventually discovered to be real by the cast of The Six Million Dollar Man. Strange end to a strange story, but there is even more to it.

There’s a longer excerpt from the book about how Frankenstein author Mary Shelley kept a human heart wrapped in silk in her desk over on Neatorama if you want another taste of how beautifully macabre this book will be.

As with any good Kickstarter there are plenty of rewards. You can get postcards, shirts, and copies of the book itself in both physical and digital forms for supporting the campaign.

It’s an interesting concept that we’d love to see make it to print. The campaign runs until November 2nd, and it’s currently just shy of $2,000 with a $7,500 goal.

Finally, given the nature of the book’s deceased subjects we asked Pednaud what will become of his own remains after he’s dead.

I don’t know what will happen to my remains but I do hope some sort of adventure is involved.