In this CYOA game, you can play as the Call of Duty: Ghosts dog. Yeah. 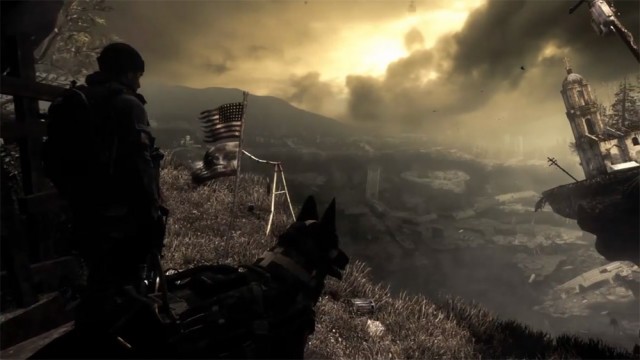 Arguably the best part of the Xbox One, or Xbone, reveal event was the amount of time spent discussing the addition of a dog to the squad in Call of Duty: Ghosts. The lack of any real gaming-related announcements meant that the hardcore crowd was looking for something — anything at all — to sink their teeth into, and they found it with the Call of Duty: Ghosts dog. It’s popular enough that Brandon Sheffield of Necrosoft Games even made a Twine game called Call of Doggie: Ghosts.

Twine’s a program that lets you generate interactive stories. Think CYOA novels in your browser. If you’re familiar with them, it’s a barebones version of interactive fiction. It’s rather popular with a certain crowd of developers, and it provides easy access to a kind of game development. In short, it’s great.

Call of Doggie: Ghosts — which you can play right here — is pretty much what you’ve probably come to expect out of joke games, but it still manages to be entirely amusing regardless. The end of the first page alone is worth the cost of admission: “My team was close-knit, but I was the new guy. I had a lot to prove. Also: I was a dog.”

You don’t have to take my word for it, though. The game’s right there for your enjoyment. It’ll also make you question whether anyone’s ever really smelled enough butts. Also, yes, that joke will make sense once you’ve played the game.

(Call of Doggie: Ghosts via @necrosofty)