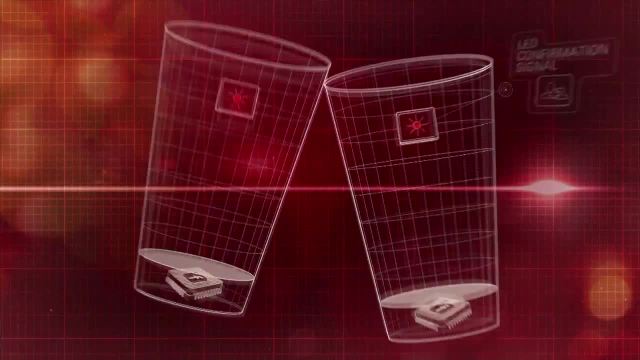 Meeting glasses with a hearty “Cheers!” is a time-honored and proven way to win friends and influence people, so of course Facebook was going to get their unsavory digital mitts on it at some point. It appears that time has come, as Budweiser has introduced the Buddy Cup — a beer cup with an embedded chip that turns real world drinking buddies into Facebook friends every time you clink glasses. Because there is nowhere left to hide from the Internet, that’s why.

The Buddy cups use chips at the bottom to link to your Facebook account, so every time you drink to the health of a person you just met over beers, the two of you become forever linked on Facebook, ensuring that you’ll never miss out on how the loudmouth next to the keg’s kid is doing in Pee-Wee soccer. Hooray. While the pairing might seem odd at first, it actually makes sense. It’s hard to avoid making friends while your offering cheers and beers to a roomful of strangers, and the beverage is a natural fit for the scheme — cheap, watery, unsatisfying, and only partaken of because it’s kind of expected of you, Budweiser is to beers what Facebook is to friendship.

Don’t expect the cups to make an appearance at your next barbecue, though. They’re a promotional item, so far limited to Budweiser promotional events in Brazil. So if you needed an excuse to make a bad decision (drinking Budweiser) and a good decision (being in Brazil) simultaneously, your ship just came in.

And don’t worry — though Budweiser has branded the cups, you can also drink other substances — like, I dunno, maybe good beer? — out of them as well. For all the tech squirreled away inside of them, they are still, y’know, cups. Cups fancy enough that they get their own promotional video, no less. Observe: