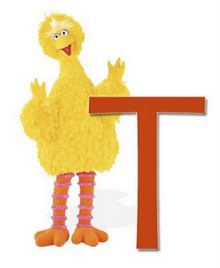 Given the meteoric rise of Twitter, and its placement upon the golden throne of ascendant services that make the great Internet tubes flow, it’s surprising that the company has not owned the trademark for the word “tweet.” Now, after a years-long struggle with the current trademark owner Twittad, Twitter will truly own the tweet.

Twittad, strangely, is an advertising company which pays users to Tweet advertisements for pay. They’ve used the word “tweet” as part of their slogan “Let Your Ad Meet Tweets®.” Though Twitter maintained in court that it was Twitter, not Twittad, that made “tweet” famous, it has seen little action on that front. However, the two sides agreed to settle their differences over a mutually beneficial exchange: Twitter would restore Twittad’s Twitter account and drop a lawsuit against the ad company, in exchange for Twittad transferring the “tweet” trademark to Twitter.

There’s no word if money has changed hands, but the episode serves as an object lesson to aspiring tech entrepeneurs: get your terms trademarked, tout suite!