@Qwikster Realizes the Value of His Handle, Plans to Hold Out for $100,000 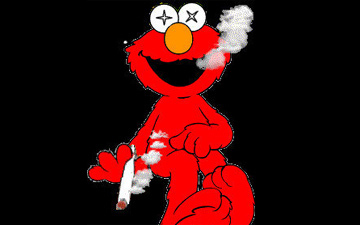 Despite being a bit slow on the uptake, it seems that everybody’s favorite pot-smoking Elmo Twitter account @Qwikster, owned by Jason Castillo, has wised up to what exactly he’s been sitting on. His account, mostly dormant until now, has sprung into action with Netflix’s announcement that they intend to split their DVD by mail service into a separate company called Qwikster. Castillo is now tweeting again, talking about his newly realized fame, more tantalizing details about his everyday life, and getting all the money he wants.

With the realization that he has something Netflix wants, of course, come a series of demands you might expect out of someone who finds English to be “about boring as s#*t” and is trying to get to soccer already. After teaming up with his “maynes” @SoccerIsLifegc7, the two have passed on an alleged $1,000 dollar offer and aren’t talking til the figure hits six digits.

That all sounds well and good, but it raises a few questions. First, what was Netflix thinking?! They may simply have forgotten to check the Twitter account, or assumed that Castillo would give it up or be bought. Still, you would think they would have taken care of the matter before the announcement. Maybe they saw the potential for awesome free publicity, but I’m reluctant to give them that much credit.

Second, is Castillo (or his “counsel”) aware that selling a Twitter handle is explicitly against the Twitter’s Terms of Service and a bannable offense? Granted, that doesn’t mean it never/can never happen, but with Castillo publicly addressing his intent to sell and his follower count growing by the minute (up to 10,000 now) it seems like only a matter of time before Twitter comes down on him, and hard. Maybe once the account is gone without a cent, that $1,000 will look like a lot less of a low-ball.