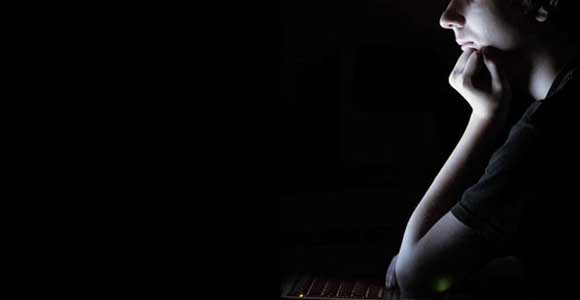 Keir Starmer, chief prosecutor for England and Wales, spoke this week about stricter guidelines for harassing and threatening comments online. Is it time for the United States to do the same?

The LA Times has the story which explains how Starmer’s new guidelines will reinforce a law from 2003 to prosecute those making “indecent, obscene or menacing” comments online.

“The law predates the explosion of such new media as Twitter and Facebook, and some police officials say that having to investigate the increasing number of complaints about offensive online messages is distracting them from more serious work,” writes the Times. “Keir Starmer, the chief prosecutor for England and Wales, said Wednesday that new guidelines from his office would raise the bar for criminal charges under the 2003 law by limiting most prosecutions to cases involving threatening and intimidating remarks targeted at specific individuals. That would help protect freedom of expression while still allowing authorities to crack down where warranted, he said.”

This strikes a nerve because of recently publicized incidents involving women in the comic industry, as well as Amazing Spider-Man writer Dan Slott, receiving death threats online. We regularly report on online harassment and sexism but too often annoying/vulgar comments turn into serious threats of violence and yes, death.

Starmer told BBC radio, “We need a sensible way of dividing the messages into those which are more likely to be prosecuted – the threats and the harassment and the breach of court orders – and those that aren’t – the deeply unpopular, the shocking, the grossly offensive.”

Being on the receiving end of direct threats, I may be biased but I’d like to think most people using the internet agree that direct threats, whether made seriously or not, are unacceptable behavior. In the U.S. the legalities of prosecuting such threats vary by state. Comic Book Resources recently spoke with a few law enforcement officials about an individual’s rights in cases like these:

“Internet threats are not easy to prosecute,” Paul Guthrie, a Deputy District Attorney with the Los Angeles Country DA’s office, told CBR News. Guthrie explained that his state qualifies internet death threats as a “strike felony,” as in “three strikes and you’re out,” where penalties for the crime impact future felonies as well. “In California, it’s penal code section 422, and it is a strike offense. If you get convicted of this, you’ve got one strike on your record. It’s also, interestingly, what we call a ‘wobbler,’ which means it can be a felony or it can be a misdemeanor. Usually, strikes are reserved for the more serious felonies, but it’s possible for this to be a misdemeanor.”

In other states, the laws work differently, sometimes actually making prosecution easier. Timothy Matas, a Public Defender in Platte County, Nebraska, said that in his state, cyber threats are classified as a “Terroristic Threats,” placing the impetus more on intent than in California. “In Nebraska, a person commits the crime of terroristic threats if he or she ‘threatens to commit any crime of violence: (a) with the intent to terrorize another; (b) With the intent of causing the evacuation of a building, place of assembly, or facility of public transportation; or (c) In reckless disregard of the risk of causing such terror or evacuation.

They also point out that with the borderless aspect of the internet, individuals may be able to seek legal action in whichever state they feel has the best chance of conviction. So yes, while prosecutions may be harder to get in the U.S., those being attacked should not let serious incidents go unreported.

Starmer said, “It would be stifling free speech if people thought that every time they communicated something which might be deeply offensive or deeply unpopular … then the police were likely to get involved. We need to protect the individual against threats and harassment … but free speech has its place.”

What are your thoughts? Oddly telling is a poll at the top of the Times’ piece asking whether or not there should be criminal charges for social media comments that are harassing or threatening. As of publishing, 89% answered no. Perhaps it should have been worded differently, leaving off harassing and replacing it with violence?

(via LiveScience, image via Getty)