Bridesmaids Sequel In The Works | The Mary Sue 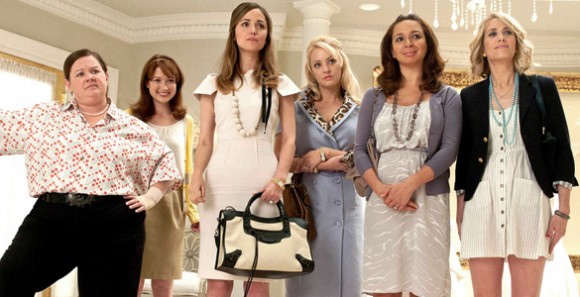 In case you didn’t notice, we liked Bridesmaids. The movie may not fit in our geeky purview, but it does fit in our “women in underrepresented fields” purview and we definitely recommend it if you’re into crazy-ass comedy. Now that the movie has finally come out, and surprised more than a few people with its box office pull (including, apparently Universal Studios itself), even more things might come out of its success.

And we don’t just mean a few Melissa McCarthy movies, although that sounds pretty awesome too. Apparently, the idea of a sequel has already been brought up.

It depends how we do in the next couple weeks, but I know there’s definitely … it’s already been brought up. So, um, you know, when you get a group that’s this deep and this good, it’s a crime to not use them again. You just want to make sure that you do it as well as you did the first one and try to make it better, even. So, we’re up for the challenge.

Well, when your movie was projected to make less than $15 million in its first weekend and it instead grosses 26.2 million domestically, it seems like you’re already off to a good start.