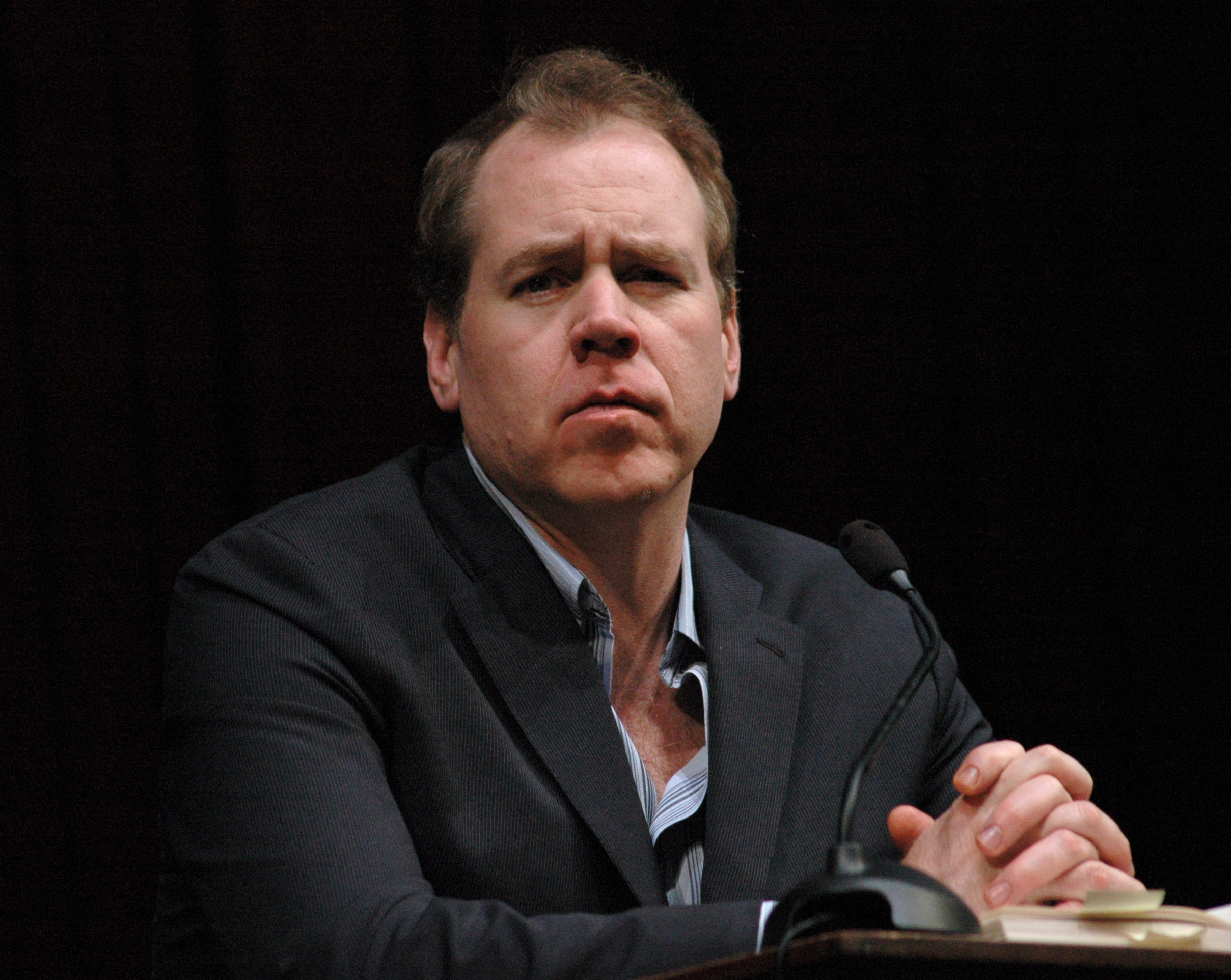 I don’t know about you, but when I see numerous women stepping forward to reveal themselves as survivors of sexual assault, my first thought is not “let’s see what American Psycho author and proud misogynist Bret Easton Ellis thinks!”

Speaking exclusively to THR, Ellis, who became “a good friend” of Deen’s after working with the actor on Deen’s 2013 ‘crossover’ film The Canyons, says that claims of assault are ‘distorted:’

This whole thing is a ridiculous witch hunt. Most of the people in James’ close circle know that this is a wild distortion, a lie on Stoya’s part. And when this evidence comes out with texts and emails, it’s going to prove everyone who is #solidaritywithstoya to be ashamed of themselves. So I think that’s part of the problem.

When asked again by THR how he explains why, if Stoya is lying, nine other women have also come forward to make allegations, Ellis deflected by name-dropping The Crucible:

Why did The Crucible happen? That’s the big question Arthur Miller raised in The Crucible. Why does this happen? You would have to write a sociological book about why people get drawn into these witch hunts. I don’t know. That is just a complex psychological thing. I have no idea.

Not surprisingly, Ellis also feels that the comparisons between Deen and Cosby are undeserved:

Clickbait. Nothing. I see that as part of the language of the Internet. Nothing more than that.[…] Of course it is! It’s, “Look at me, how do I feel?” “I’ve been victimized, I’m a victim too.” “Oh, she said she’s a victim? I’m also a victim.” It’s a domino effect. And I don’t know where it will stop with James. Maybe it will be 80. Maybe 80 women in porn are going to start saying, “Well, looking back on it, that was pretty rough sex and he did go further than he probably should have in that Brazzers.com scene.” It seems to me to be all a kind of joke.

Listen: Bret Easton Ellis’ voice has no place in this conversation. Publishing his thoughts on #IStandWithStoya isn’t even a matter of ‘hearing from both sides’ (a problematic philosophy in its own right), since Ellis is neither the accused or the accuser. There’s no way of telling from the article if Ellis approached THR in a desperate bid for relevancy, or the other way around (Ellis claims that normally he “wouldn’t talk to anybody about this, but it is kind of enraging to see how this thing blows up”); regardless, it’s an insult to women to publish the rape apologist ramblings of a man who is, at the absolute most, tangential to these accusations. Holding my breath for THR to publish an interview from a friend of one of the accusers willing to vouch for her character.

Ellis was irrelevant to the conversation, but because he does still have a certain influence–an influence that THR increased by publishing this masturbatory interview–it’s important to reiterate certain things that should not need to be reiterated. For the twenty-billionth time: