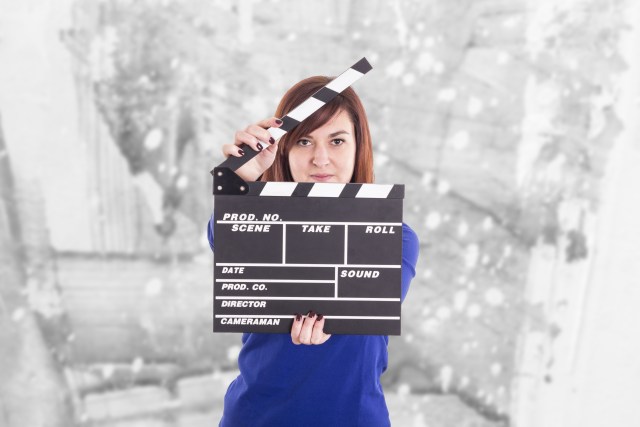 Carole Lieberman, M.D. knows that there’s a gender gap in Hollywood. She even acknowledges that it might even have something to do with systemic sexism. However, she also wants us to know that there’s a real cause of there being so few female directors and producers attached to mainstream Hollywood projects. Women giving in to their daddy issues.

In an essay she wrote for The Hollywood Reporter, she tries to explain how the gender gap women in film face is more due to them holding themselves back due to their neuroses rather than there actually being a problem that Hollywood needs to work on. She stresses that, while there are some film careers in which women are underrepresented, there are others at which they seem to be thriving:

If we were to look only at statistics, like the ones in a recent study by San Diego State University that examined the top 700 films of 2014, we would come away believing that there is, in fact, an impenetrable celluloid ceiling, with a significant dearth of women in top-billed positions such as director (13 percent), executive producer (21 percent), producer (27 percent) and writer (15 percent). However, there is a large number of women in less visible positions in film and TV — for example, casting directors, whose ranks are approximately 75 percent female, according to the Los Angeles-based Casting Society of America.

That is very true. There are more women than men involved in “support positions” (casting, public relations and marketing, etc). So what does she propose is the cause?

As with everything else, it begins in childhood. When girls are raised to be people-pleasers, and in particular to want to please Daddy, a pattern is formed that steers grown women into jobs where they continue pleasing their boss, a Daddy substitute (and bosses in Hollywood indeed are, for the most part, male), instead of striking out on their own. Typically, these women, stuck in this early phase of psychosexual development, become personal assistants, pro­duction assistants, wardrobe assistants and stereotypical eye candy onscreen.

Whoa, whoa, whoa, whoa, whoa. Now, I agree that how women are conditioned and how they see themselves represented in media is a contributing factor to the jobs they go after, but I would also argue that Dr. Lieberman, being a therapist, is only talking to the women who are unhappy with what they’re doing. Because there are plenty of women that just enjoy that type of work. What’s more, there are also plenty of women trying to pursue directing, or writing, or producing, but are getting doors slammed in their faces, or they’re being dismissed, and her anecdotal evidence based on a statistical handful of patients doesn’t change that.

It’s this line that’s the most telling in the piece, however:

But when the women I’ve worked with ask themselves what part they play in their own success or sabotage, some thought-provoking insights can arise.

So, it’s not that there’s actual discrimination or systemic sexism at work. It’s not that women have been conditioned and programmed to believe certain things about themselves over centuries and that men have been programmed to believe those same things about them. It isn’t rigid gender roles across the board. It’s self-sabotage. These women are doing it to themselves. Because they want to please Daddy.

The rest of the piece reads like a screenwriter writing what they think a therapist would sound like. I wonder if Dr. Lieberman only got into her “nurturing line of work” because of her “Daddy Issues?” Is she holding herself back in her career? Did she want to be a “real doctor,” but couldn’t? Or is she actually doing a job she loves? And would she be insulted by me asking that? Good. Because her lazy assessment of this situation is also hugely insulting. Not to mention flat wrong.