Brenda Chapman on Being Hired at Disney | The Mary Sue

Brenda Chapman: “I Was Hired [at Disney] Because I Was a Woman” 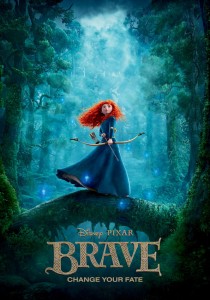 I’m not making assumptions. I was simply told that by the executive at Disney Animation with the cold blue eyes who sat behind his desk. It was 1987. They were getting some flack because they didn’t have enough women in creative positions–especially their story department – their current count: 0.
“We need a woman. And you’re the right price.” His exact words – I kid you not. — Brenda Chapman, speaking of her first job in the animation industry, fresh out of school, in the Disney story department.

Jezebel’s right when they say that another way to put this would be that Chapman was the first in a very long time to not be passed over as a hiring prospect because she was a woman. But it’s just as sad that she was removed from her brainchild because she refused to stray from her vision of a mystical action drama starring women and replaced by a better connected guy with less feature length film experience willing to make it “more marketable” by upping the comedy.