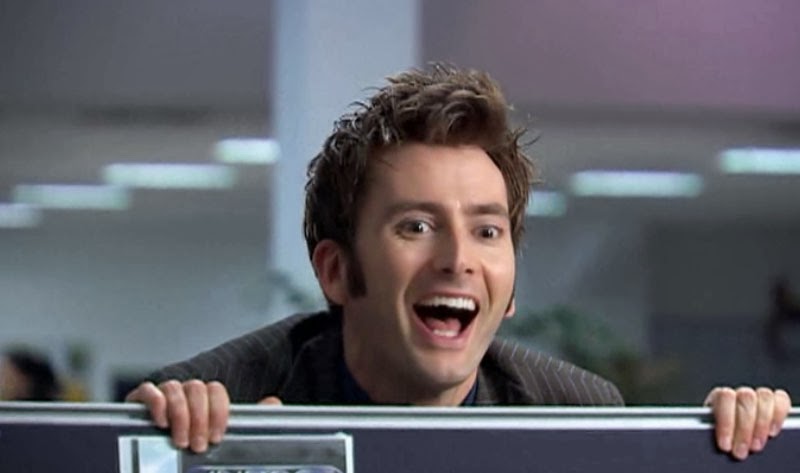 It’s a fact: David Tennant has joined the cast of Netflix’s Jessica Jones series as the main villain, a character known only as Kilgrave.

Melissa Rosenberg, the television producer who’s been trying to get the character of Jessica Jones on TV for longer than The Mary Sue has existed, told Marvel.com about the news:

I’m so honored and excited by the prospect of David inhabiting this multifaceted character. He can deliver the most heart-wrenching moment to the driest of lines, and all points in between. He’ll make Kilgrave a truly original villain.

Anyone familiar with David’s work knows he brings an incredible level of dedication to any role he inhabits, a level we knew we would need from the man playing Kilgrave. While most know him for his roles as a hero, we can’t wait to unleash a whole new side of this talented actor.

Rumors have been flying lately that this mysterious Kilgrave is likely some sort of interpretation of The Purple Man, a character whose shared history with Jessica Jones (played by Krysten Ritter) is perhaps most succinctly described as “rapey.” It should go without saying that in 2015, that’s a backstory which needs a bit of revision in order to keep Jones’ character from falling into standard but regrettable tropes of female hero characters. However, with the length of time that showrunner Rosenberg has spent pushing for the character, and the fact that a woman is, well, show running, I’d be surprised if (provided Kilgrave is based on Purple Man) there aren’t significant changes made to those backstories.

I was already excited for Marvel’s second lady-led project to debut, but now it’s going to have Tennant chewing the scenery in a villain role? Shut up and continue taking my money, Netflix!