Breaking Bad: The Opera Currently In Production Because Of Course It Is

It ain't over 'till the Heisenberg sings. 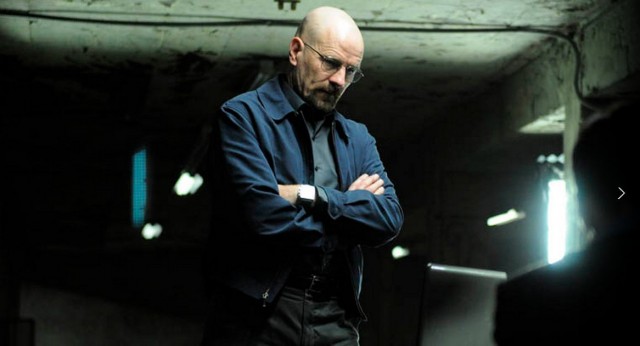 We sure did miss watching a new episode Breaking Bad last week. Luckily the show will continue to live on in our hearts — and on the stage, if the One World Symphony House in New York has its way. They’ve just announced plans to produce a Breaking Bad opera. No, really.

Set around the events of the third to last episode, Breaking Bad — Ozymandias will be directed by Sung Jin Hong, whose previous work includes a Town Hall production of West Side Story and a musical version of Star Wars. The “mini-opera” is set to premiere in late January of 2014, and according  to the website, will explore “the question that the drama obsessively and hauntingly asked: ‘are we all breaking bad?'”

Honestly, this isn’t surprising. Breaking Bad  is a beloved story with an intensely plotted narrative arc that’s steeped in personal tragedy; operas are kind of all about that sort of thing. It’s especially not surprising after the news that Doctor Who’s Matt Smith will be playing Patrick Bateman in an American Psycho musical written by the guy who did the lyrics to Spring Awakening, because we’ve officially lost the ability to be fazed by anything in American theater now. Seriously. What? And to think that people were calling the Spider-man musical the weirdest thing to ever happen to Broadway. An opera about Breaking Bad seems downright tame at this point.

While we wait for more news on this production as it develops, let’s try to assign traditional opera voice parts to everybody. Usually the female lead is supposed to be a soprano but I’m feeling alto for Skyler, then mezzo for Marie and soprano for Jane (she and Andrea are the closest the show has to an ingenue figure). As for the men, we definitely need Walt as a baritone and Jesse as a tenor, and then bass for Hank. And oh man, can we get a countertenor in there somewhere? A flashback solo by Gale, maybe? Countertenors are just the best.