Want to Be Better at Math? A Jolt of Electricity to the Brain Might Do the Trick 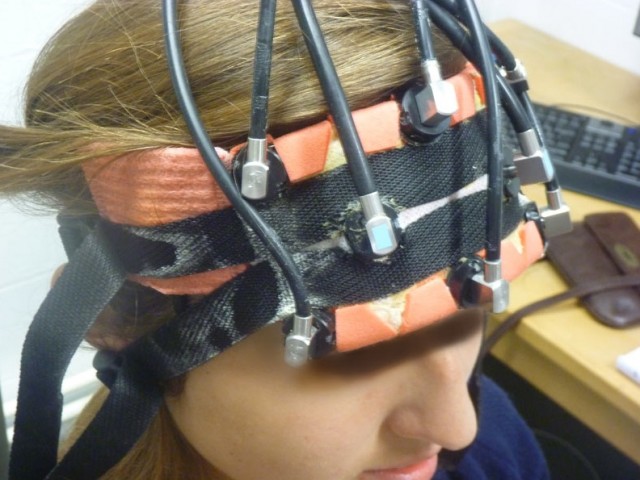 If you’re not great at doing math in your head, you’re in pretty good company around these parts. In general, too — an estimated 20% of otherwise healthy adults regularly struggle to do basic arithmetic without showing their work. Don’t give up hope, though! A new treatment being studied at Oxford University could make you better at doing math in your head for up to six months at a time — and all you have to do is put on what looks like a steampunk gimp mask and let someone deliver electrical shocks to your brain!

Don’t worry, though — the shocks aren’t strong or painful, producing at their strongest just a tiny fraction of the power of one AA battery. Subjects in the study, led by Oxford’s Roi Cohen Kadosh, were given math questions while being subjected to either real or fake electrical shocks that fluctuated in power. The study kept the shocks going for five days, during which the 25 test subjects also received mathematics lessons. While the two groups started off equally skilled, by the end of five days of training and shock therapy, the subjects who were being jolted were two to five times faster at processing their lessons, and better at retaining them, too.

The results seemed to stick, too. After six months, researchers called the subjects in for a second study in which the previously shocked participants remained about one third faster than their colleagues in the control group. Brain images taken during the study show the brains of subjects in the experimental and control groups even looked different.

It’s not yet understood how the therapy improves math skills, though researchers hypothesize the short, sharp shocks may help to synchronize neuron firing and thus improve performance. Further research will show if the therapy can translate to broader benefits. In the meantime, though, the team behind the work urged people not to shock their brains on their own, no matter how bad they are at math.