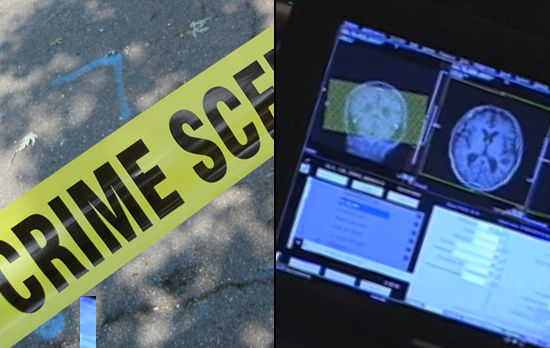 Neuroscience just sounds like villainy. See, where physicists tamper with the fabric of the universe and try to rip a hole into another, potentially monster-filled, dimension, neuroscientists study your mind. They want to peer into the center of your being and all that makes you, well, you. In this particular instance, neuroscientists are using brain scans to predict which criminals are most likely to commit crimes again. Fighting crime with science seems like a pretty good idea to me.

The idea is that convicts who show low activity in the part of the brain that involves decision-making are probably going to commit another crime, and scanning pre-crime can show it. No, it’s not exactly Minority Report just yet, but they’re getting there — and it sure is more convincing than Tom Cruise, and it also involves more brain power.

The research took place at the Mind Research Network in Albuquerque, New Mexico, was headed by Kent Kiehl, and was published in the Proceedings of the National Academy of Sciences.

Kiehl’s team studied 96 male inmates just before their release from prison using functional magnetic resonance imaging (fMRI) to scan their brains. While they were being scanned, the prisoners performed tasks on a computer that forced them to make quick decisions but kept them from making impulsive reactions. The scans scrutinized the anterior cingulate cortex (ACC) part of the brain, from which motor control and executive functioning are at least partially controlled.

Which part of your brain makes you watch the spinning brain-skull?

Then the researches followed the ex-cons for four years — presumably from the bushes or from the “safety” of a well-placed, binocular-equipped van — to see what became of them all. Holy crap, neuroscience is dangerous!

The ex-cons who had showed low ACC activity at the Mind Research Network proved more likely to be arrested again after accounting for the risk factors of age, substance abuse, and psychopathic traits. The guys with the lowest ACC activity even had a higher rate of being arrested. It panned out as expected.

Despite these predictions, this sort of study is still in its infancy and there’s much yet to be learned about fMRI. All sorts of factors can contribute to low ACC other than the likelihood of continued criminal behavior — like caffeine, vascular health, or simply low motivation. And this brain-scan-crime-prediction really only reveals the higher-risk felons.

What no one else seems to be wondering, though: Did getting shipped over to the Mind Research Network for brain-scanning right before their release factor into the decision-making of these 96 inmates? ‘Cause if I were told a neuroscientist would be looking at images of my brain, I might feel a little anxious.