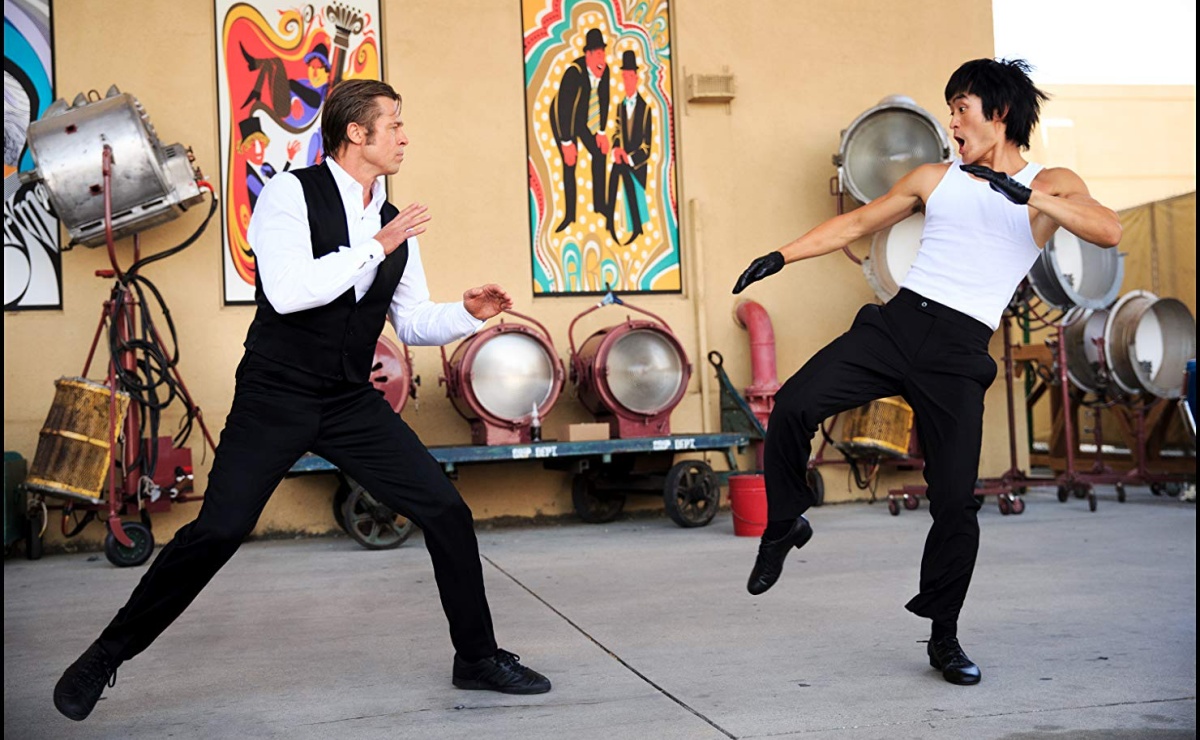 Quentin Tarantino’s Once Upon a Time in Hollywood is a success. For what is allegedly his penultimate film, the director delivered an ode to the ’60s that he barely got to experience and an era that ended in a series of horrific events and the cultural upheaval that started in the ’70s. That being said, the movie hasn’t been without its criticisms, from its depictions of women, especially the Manson women, to the way it chose to use Bruce Lee.

In an interview with HuffPo, the Once Upon a Time stunt coordinator, Robert Alonzo, shared that Tarantino originally wrote a much longer version of the Bruce Lee fight scene. Good Lord.

In the film, we get a flashback of Cliff Booth (Pitt) and Rick Dalton (Leonardo DiCaprio) guest spotting on The Green Hornet. Cliff gets added to the stunt team and comes across Bruce Lee, who did play the role of Kato in The Green Hornet from 1967-68. Lee says he could turn Cassius Clay (Muhammad Ali) into a “cripple,” Booth calls him out, and Lee challenges him to a fight. At first, Lee hits him with a jump kick, but they go again, and Booth grabs his leg and throws him into a car.

According to the HuffPo article, Tarantino wrote the Bruce-Cliff fight scene with a round three, and it ended with Bruce “definitely losing to Cliff.” Alonzo said the fight was meant to end with Cliff making a “cheap-shot move” that puts Bruce on his butt. However, the scene rubbed both Alonzo and Pitt the wrong way as it was written, because as the fight’s intention was to set up “the level at which Cliff was [operating]” and not to flat out depict Lee as weaker.

“I know that Brad had expressed his concerns, and we all had concerns about Bruce losing,” Alonzo said. “Especially for me, as someone who has looked up to Bruce Lee as an icon, not only in the martial-arts realm, but in the way he approached philosophy and life, to see your idol be beaten is very disheartening. It really pulled at certain emotional strings that can incite a little anger and frustration as to how he’s portrayed.”

Alonzo also revealed that he had a “difficult time choreographing a fight where [Bruce Lee] lost” and that even Pitt vocalized his objection to the extended fight. “Everyone involved was like, ‘How is this going to go over?’ Brad was very much against it,” Alonzo said. “He was like, ‘It’s Bruce Lee, man!’”

Firstly, it’s good to know that people on set were concerned about Bruce Lee’s legacy, even if Tarantino wasn’t as concerned about that as he was about making sure Cliff looked good. The thing that bothers me most about needing to use Bruce Lee as a prop to highlight Cliff’s power level is that it’s a problem in and of itself and a larger problem of the movie. We establish through multiple scenes how much of a fighter Cliff is. There is even a scene with him glaring down the entire Manson family and beating the crap out of one guy. Why did we need to see him beat up one of the best fighters who existed at the time?

Why does he need to take Bruce Lee down a peg to prop him up and justify his being able to take down a bunch of drugged-up 20-something-year-olds who have no combat or fighting experience? This is what happens when you treat historical people and women like props in a movie that’s really about two washed-up white men in the last leg of a “Golden Age.”

Just like Sharon Tate, Lee does not exist to be a character in this movie, just a prop for Tarantino’s vision. I honestly would have preferred to have Cliff win by cheating, because at least it would have showed the reality that despite working twice as hard, it was hard for Lee to get ahead. That would have been more honest than what we actually saw onscreen.