Boyfriend Dungeon, Content Warnings, and the Complexity of Being a Marginalized Creator 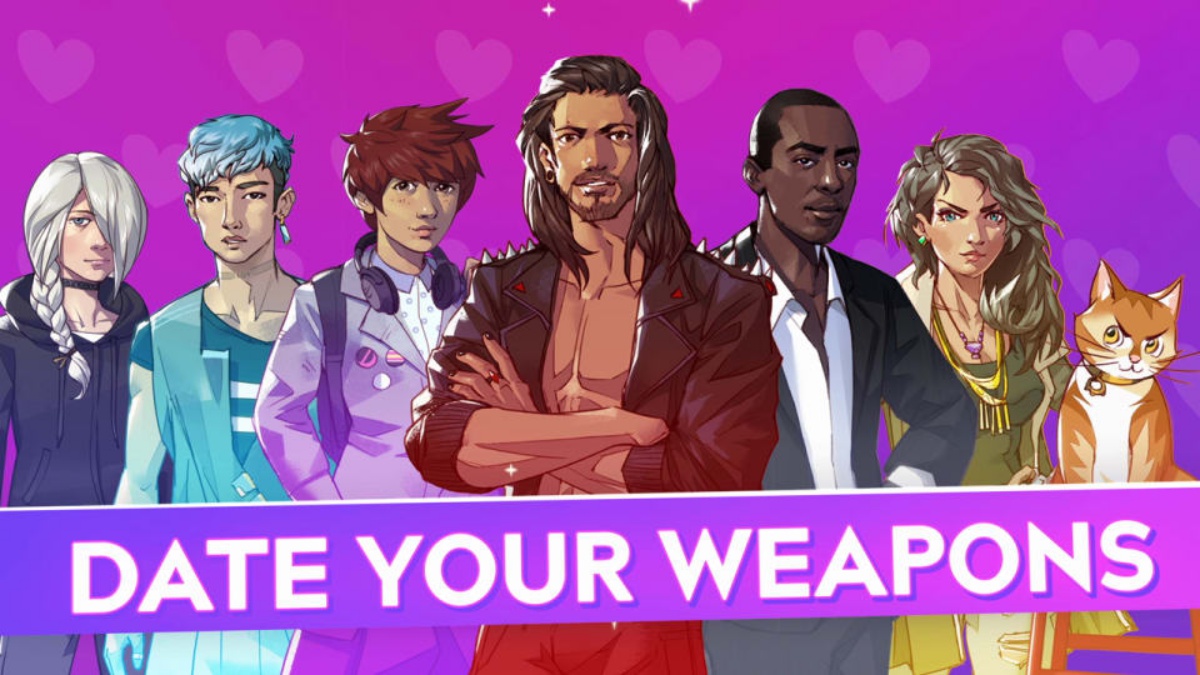 Boyfriend Dungeon is a new independent game that has been trending on social media lately due to some discussion of content warnings and what it means to interact with potentially triggering content.

“Plunder the “dunj” and take your weapons on dates. Capture the hearts of cuties to level them up. Boyfriend Dungeon is the the playful shack-and-slash the world’s been waiting for!”

In Boyfriend Dungeon, you play a newcomer to Verona Beach and, with the prompting of your cousin, go on a bunch of dates with people who can turn into weapons. With your weapon-partner, you travel into dungeons “dunjs” and fight monsters which are a manifestation of your own inner fears.

The controversy came when one player expressed that the content warning at the beginning of the game did not properly set people up for the content of the game. In the original warning, it said that the game “referenced” stalking, which some felt indicated that the stalking element would be part of a backstory. In actuality, there is a character named Eric who after meeting you, starts sending you texts and showing up announced on dates.

His behavior is gross and called out as such by everyone who comes across him. He is everything you hate in a so-called “nice guy” rolled into one package.

In response to this, Kitfox Games, the developer of Boyfriend Dungeon, shared that they would update the CW to better reflect the actual content of the game for future buyers.

The content warning for Boyfriend Dungeon inadequately describes the events of stalking and emotional manipulation that exist in the story. We’ll update the game next week with a more accurate CW. We apologize for any hurt inflicted by our mistake. Thank you for playing!

After Kitfox Games’ announcement, some players were still concerned and expressed a desire to allow them to opt-out of the problematic content altogether. Previously, the game had put in a feature where players can choose to not receive texts from the player’s mom. However, while the texts do not add anything to the game, Eric is the antagonist of the game.

Having heard all of the discourse—Twitter has exploded with conversation and debate about the game—I actually decided to download Boyfriend Dungeon and have found myself deeply enjoying it. While I am a survivor of other things, stalking is not one of them, so I can not speak for others in that respect. I totally think that the CW should be present before you buy the game. I got it on the Nintendo shop and you don’t even get a CW until after you own it. Some places like Steam allow you to get a refund, but that isn’t a universal thing. If you cannot handle that content the money is gone.

I think that making sure that the trigger warning is accessible and well-worded will better ensure that people who need to stay away from that content can and will.

That being said, this has unleashed a parallel conversation about the way LGBTQ+ creators feel about their work being so heavily held to a different standard in comparison to their straight/cis counterparts. A lot have expressed frustration that the pressure to put “perfect” and “immaculate” content out is due to the fear that their own community will devour them.

Boyfriend Dungeon is very gender and race-inclusive, with two characters who are non-binary, and is on the whole a very sexually/romantically fluid game (also FYI you do not “date” the cat. You befriend the cat.) For players looking to see a dating sim game that respects pronouns, I can see why this would be attractive to people.

But that does not mean the game’s content needs to be conflict-free. Stalking aside, Eric is very much a bad guy. He says vile things. At one point he makes a “stillborn” joke that some have also desired to be removed from the game. He is an immature, abusive guy who you fight because he is a foil to the protagonist’s own insecurities as a character who has never dated. Except throughout the game, we combat them, and Eric festers in them until he literally makes a monster.

As someone who has been in toxic relationships, it felt good to fight to defeat Eric in the end.

Does that mean it is for everyone? No. And that’s okay.

No product, no matter how diverse or inclusive, can be for everyone.

It is one thing to ask people to do better. It is another to ask for conflict to be removed because it is personally triggering.

One of my triggers is hangings. It happened later in life and ever since the image of hangings deeply triggers me. Problem is that it happens a lot. For the most part, it is usually telegraphed ahead of the time and I can put my head down while it happens until the next scene. There have been games I haven’t been able to play because it has too much hanging in them. While I was watching The Sopranos, there was a long hanging scene that occurred, and couldn’t find my remote to mute it. I ended up having a mild panic attack.

Being triggered out of nowhere sucks and due to the nature of fiction, there is usually no trigger warning for hangings.

I say all of this to make clear that I am empathetic because I am.

I also think that BIPOC/LGBTQ+ artists should not be limited from exploring their own trauma in media. Toni Morrison’s The Bluest Eye is not promoting anti-Blackness by having its main character grapple with anti-Blackness. Stone Butch Blues is not promoting abusive relationships by acknowledging that they exist and are a part of people’s lives.

Boyfriend Dungeon is in no way perfect representation. It has no binary trans characters, it lacks body diversity, and there is only one Black woman in the cast. And you don’t even get to date her! But as I played it, I enjoyed it so much I finished the game in under two days. I wanted to go on dates with my weapons and form bonds with these people.

We can ask for better. We should ask for better. And we can also recognize that queer creators and creators of color are allowed to make imperfect, conflict-driven works that may not be for everyone.

(via The Verge, image: Nintendo/KitFox Games)