From Boyband to Beyond: Why Do Conversations About Pop Music Still Bash the Fangirl? 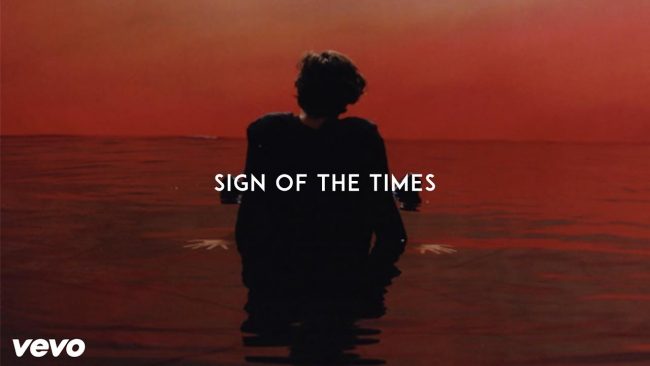 On 7 April, Harry Styles dropped his highly anticipated first single as a solo artist. For those that haven’t heard it yet, Sign of the Times is a contemplative, soaring pop-rock ballad with Harry’s distinctive husky vocals interspersed with falsetto bridges and a powerful crescendo towards the end of the song’s nearly six minute run. It’s a great piece of music which offers a different kind of sound to many current chart toppers. It marks a foray into new musical territory for Styles, evoking the glam rock era of the seventies and in that sense it’s both fresh and nostalgic.

Styles rose to fame on The X-Factor as one fifth of a boyband formed on the show which put together Zayn Malik, Louis Tomlinson, Niall Horan, Liam Payne and Styles himself to form One Direction. From the outset, Styles captivated fans with his polite, charming affability, his dimpled smile and quirky sense of humour. He continues to have a deeply loyal fan base and his natural charm appears to have captured the hearts of multiple industry insiders, who often speak of Styles in the most glowing terms. With his refusal to conform to gender norms and androgynous style, in more recent times, Styles appears to have regained extensive creative control over his image in the public sphere. Because of the interest he generates, the new single received much pre-release hype and despite some lukewarm reviews, there are plenty that feel Sign of the Times lives up to the promise. However, a number of reviews have a tiresome tendency to dismiss One Direction’s musical past and make snooty observations about their young, female fan base and the pop music they consume. This article explores how persistent stereotyping of the boyband fan is just one example of the way pop culture conversations often give more credence to ‘boys stuff’ over ‘girls stuff’ in a way which feels tired, misogynistic and reinforces gender binaries.

One common suggestion across multiple reviews is that Styles is now doing music properly, having shaken off the shackles of pop. Plenty of reviews presume an audience unfamiliar with One Direction. The anonymous reader is frequently treated as more discerning and musically savvy than the fans who enjoyed One Direction’s music, and those fans become something of an in-joke between reviewer and reader. There’s the thinly veiled suggestion that now Styles has distanced himself from the world of pop, it’s okay to enjoy his music. The word ‘credible’ gets wheeled out a lot and there’s even one bizarre suggestion that Sign of the Times is so different to Styles’ pop past, One Direction fans must all be lamenting the loss of up tempo pop hits such as What Makes You Beautiful. Point of information: they’re not.

Although I get there’s good music and bad music, opinions about what constitutes ‘good’ and ‘bad’ in this context can feel ageist and gendered, often laced with an irritating undercurrent of smug superiority that comes with the lofty dismissal of teen-branded pop as ‘bad’ music. Some reviews lament the current state of the charts with references to bland, identikit electro-pop and Justin Bieber gets a couple of slightly scathing mentions – another artist with a large female fanbase. Pop is treated as cool music’s cheesy counterpart, presumed to take up space on playlists compiled by teen girls. It gets derided for having little artistic merit, despite the fact that the ability to write a chorus that makes someone want to dance seems pretty merit worthy to me. Of course pop can be formulaic, but the cynic in me can’t help but think that the real reason a lot of people think it’s crap is because young girls like it.

The assumed demographic of the typical pop fan is heteronormative, ageist and off-base. Although they are undoubtedly the target demographic, by automatically equating boyband fans with young girls falling in love with their favourites, there’s a misogynistic tendency to make pop appreciation seem like an immature, gendered practice which erases legions of LGBTQ+ fans in the process. Stereotypes which make gender-based assumptions about the things girls and boys enjoy are toxic because they reinforce gender binaries which lead to boys being vilified for enjoying things which are equated with femininity or girlishness, as those are the things which tend to attract most derision. The articles which sniffily express concern that Styles fans on board from the One Direction days might not ‘get’ Harry’s new music are ridiculous. It’s hardly a shift from pop to death metal. That kind of pondering positions young girls as musically oblivious all because they enjoy a catchy chorus. There are several pieces expressing hope that Sign of the Times might introduce Styles’ young, female fans to the hallowed fathers of vintage rock such as Bowie and Queen, as if pop fans need saving from themselves, as if these ‘young girls’ need to be encouraged to find more worthwhile pursuits.

The curse of the boyband is real and it’s been around far longer than One Direction. George Michael distanced himself from earlier Wham! hits when he went solo. There was something faintly ridiculous about Robbie Williams of Take That fame socialising with Oasis at Glastonbury festival, known for its eclectic and impressive musical line-up. Another former Take That member, Mark Owen, struggled to shake off his boyband past when he tried to go indie and former boybander Justin Timberlake had to prove himself as a credible solo artist. It’s not unusual for former boyband members to find it difficult to be taken seriously as artists in their own right once they leave the band behind and it’s often because they created music enjoyed by a presumed teen girl demographic. That kind of music is deemed far less worthy than music produced for a more alternative audience, an older audience or, perhaps, a more male audience. Despite the fact every review under the sun wants to compare Styles to a laundry list of artists, female artists get few mentions. I’ve seen references to Bowie, Prince and Elton John all over the place but female artists like Stevie Nicks, who Styles himself has previously said he finds influential, appear far less frequently. In this way female creators and musicians become as absent from the conversations as the young female fans.

The way certain reviews dismiss pop music reminds me of the way genre fiction gets discussed, with sci-fi garnering respect whilst romance is deemed fluffy and vacuous. The difference? Gender based assumptions are made about the target market for both genres, with sci-fi being assumed to hold broader appeal for male readers and romance for female readers. Then there’s the way the media has been known to talk about the predominantly female gendered practice of writing fanfiction, with its misogynistic stereotypes of the teen writing self-insert fiction. Don’t even get me started on why the discourse around self-insert fanworks has a tendency to be deeply misogynistic or how scathing commentary on the sexier side of transformative works reads a lot like policing female fantasy. The fangirl doesn’t half get a bashing in the mainstream media.

Plenty of people of varying ages and genders, including young girls, took Styles seriously long before Sign of the Times. After all, he’s written multiple popular tracks with One Direction and big hits for other huge popstars such as Ariana Grande. The repetitive reassurance that it’s okay to take musicians seriously when they leave boybands behind rankles. The heavily implied criticism of the kind of music commonly associated with the teen fangirl casts doubt on the good taste and common sense of that demographic. It perpetuates the idea that the fangirl’s passions and interests are less important than those of her male counterparts. Equating pop with “girlishness,” both unnecessarily genders the enjoyment of it and suggests there’s a certain age at which you need to back away from the boyband and find something “better” to listen to.

You probably won’t believe me because I’m a fangirl, but Harry’s single really is great. Give it a listen. In the meantime, it would be nice if we could stop making sweeping statements about target markets which are often gender biased, incomplete and reductive. If stereotypes are going to be wheeled out based on majority demographic, let’s at least try not to mock young girls quite so much for things you’re assuming they enjoy.

Emily is post-graduate student at the University of York and a freelance writer. Her research focuses primarily on post-Stonewall American LGBT fiction, LGBT young adult fiction, trans performance poetry, fanfiction and fan communities.  She blogs regularly about queering popular culture and bierasure in mainstream narratives. She is an avid writer in several fandoms. After leaving employment to return to academia full time, she is also actively involved in local community LGBT activism and volunteer work. You can find her on Twitter @dustlesslibrary.