Put Your Money Where Your Mouth Is: Bookies Take Bets in Next Round of Console War 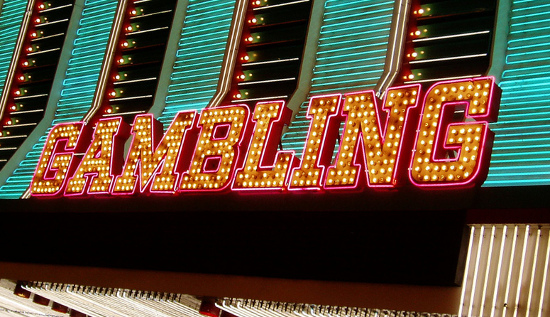 With Sony’s big Playstation 4 event yesterday, and details continually being rumored about the next Xbox it looks like the next round of console wars is heating up. Sure, it doesn’t actually matter whether Sony or Microsoft come out on top, but it’s still something people love to speculate on. Now you can get a little skin in the game by betting cash money on which console is going to come out ahead.

VG 24/7 is reporting that online gambling site Paddy Power is now accepting bets on which console will win out, and their bookies are currently giving the PS4 the edge with 8 to 13 odds. The Xbox only has 6 to 5 odds of finishing in the lead.

Nintendo’s Wii U wasn’t mentioned, but we’re assuming the odds that the Wii U will come out on top of anything are only slightly better than Han’s chances of successfully navigating an asteroid field at 3720 to 1. Han did make it through the asteroid field, though, so it’s not impossible.

The real question here is how much do you have to love gambling to bet on something like this? We’re certainly not here to judge you, but it doesn’t seem like a huge jump from betting on game console sales numbers to sitting in an airport Diplomat’s Club betting on flight arrivals with a Texas oil tycoon like Kramer from Seinfeld.