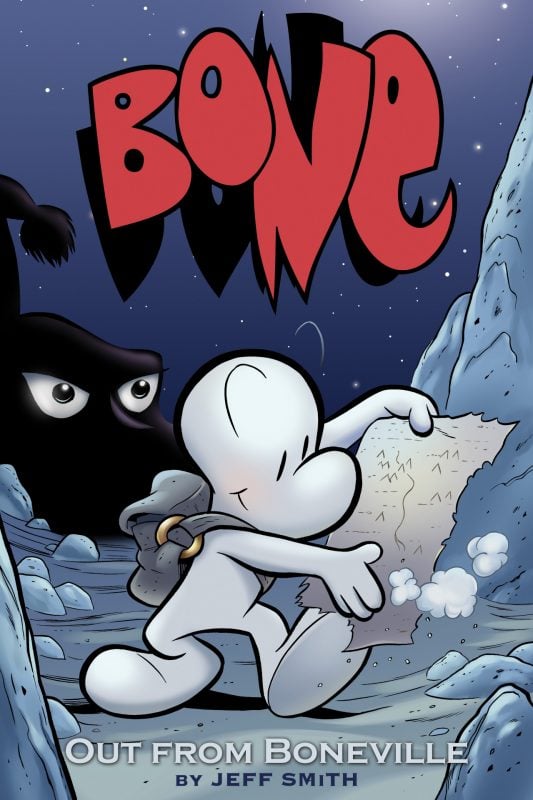 Mark Osborne, best known for Kung Fu Panda, is going to directed the animated adaptation of Bone with a screenplay by Adam Kline. The comic follows Fone Bone, Phoney Bone and Smiley Bone, cousins and “small, bald and humanlike creatures with big noses—who are separated and lost in a vast uncharted desert after being run out of Boneville. One by one they find their way into a deep forested valley filled with wonderful and terrifying creatures.”

Slash Film points out that the adaptation of Jeff Smith’s comic series, which ran from 1991 to 2004, has been in the works since Warner Bros. picked up the rights in 2008 and even had P.J. Hogan attached at one point. The Hollywood Reporter states the series aims to be a trilogy, which gives more space to adapt the 55 issues.

Fans of the beloved and award-winning comic have expressed both excitement and anxiety about how Bone will translate to a movie and whether the animation will do it justice. Smith, who rejected a potential Nickelodeon show because he didn’t agree with their take, has demonstrated protectiveness over his work in the past. Osborne is no stranger to this pressure, as he most recently directed a CGI/stop-motion adaptation of The Little Prince—a project he said no to initially because “I don’t want to be the guy who screws up making a movie out of The Little Prince.” The director told THR:

“Bone is very special and unconventional because it blends elements together that you don’t necessarily expect — soft, little comic characters and epic high-stakes fantasy adventure. To carry this into the cinematic realm presents both an opportunity to represent what readers of all ages have loved about the series, while pushing animated storytelling into exciting and different areas.”

Are you looking forward to seeing Bone on the big screen?

(via Slash Film, Image via Cartoon Books and Boneville)
Want more stories like this? Become a subscriber and support the site!