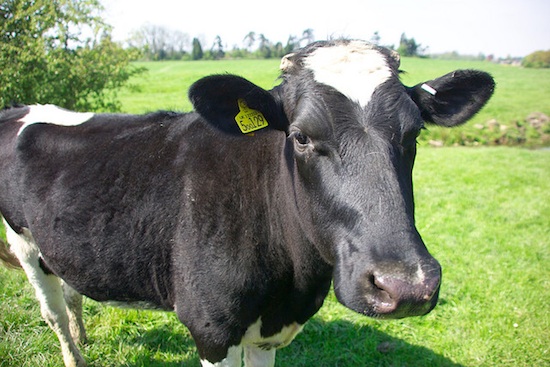 British architect Jack Munro was tired of seeing gallons upon gallons of cow’s blood just totally wasted on every slaughter. So in the interest of a more efficient tomorrow, Munro has developed a way to turn all that cow blood, along with some sand, water, and and antibacterial solution, thank God, into bricks. That’s right, one day, you could live in a house made of congealed cow’s blood, and you won’t even have to step into the pages of a dystopian sci-fi novel to do it.

The bricks, which keep the crimson hue of their main ingredient, are strong enough to be used as a material for home-building and are even waterproof. They aren’t as strong as the bricks most of us are used to, but compare favorably to the mud bricks often used to build homes in the developing world.

Using a wasted resource like cow’s blood from slaughterhouses could make them an especially useful tool for providing shelter in developing and resource-poor regions where mud that’s appropriate for housing bricks can be scarce. Since their main ingredient is blood, they take much less water to make than normal bricks, a factor that’s particularly helpful in arid regions where the bricks could see the most work.

What we want to know is what keeps rats and other vermin from making a meal of the bricks — or at least congregating around them in an attempt at less-than-fine-dining. As for what the psychic effects of living in a home built entirely out of leftovers from the local abattoir might be? Well, there are some questions we’re just going to be happier not knowing, and that is most definitely among them.