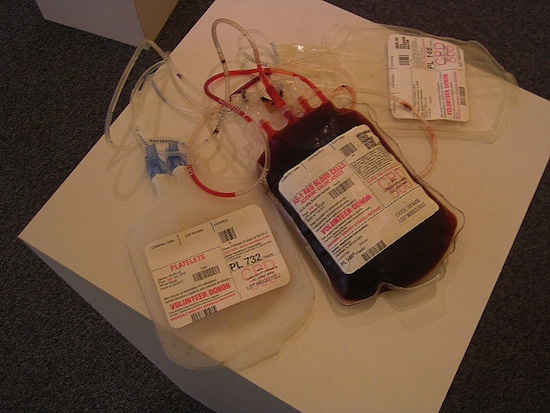 In what has to be a strong contender for creepiest news of the week, researchers at Stanford University have found that a transfusion of blood from young mice makes the brains of older mice sharper and more effective.

The research is not only ghoulish, but totally galling, meaning that not only vampires but also dictator Kim Jong Il  — who was long rumored to receive blood transfusions from young virgins, because hey, what’s even the point of being a tyrannical dictator if you’re not going to be a little batshit loony about it sometimes –may have had a point about the life restoring qualities of other people’s blood.

The Stanford team found that injections of young blood seemed to improve memory in older mice, and even encouraged new neural development in the brain. The study, published this week in the journal Nature, also found that the perhaps the even creepier reverse is true; when injected with blood from older mice, young mice seemed to lose their faculties faster and see their brains age more quickly.

So, yeah, this is pretty much a way to literally suck the youth and vitality out of one creature and give it to another. I don’t know about you, but I don’t trust us with this sort of technology for even a second. Hell, I barely trust us with butter knives, because you know we’re going to find a way to do something ugly with those.

I don’t know how you would build vampires in a laboratory, and I don’t want to know. That said, my first instinct is that it would look a whole lot like this. Researchers, though, have been quick to point out that this isn’t a cue for Alzheimer’s or dementia patients to try and get transfusions from younger blood donors. The team at Stanford is still trying to unravel the mechanism behind the improved brain function, and it’s too early to say if similar treatments could have any impact in humans.