BlackBerry’s CEO Would Totally Sell BBM for $19 Billion, Guys, If Anyone’s Into That

It's official: every single human would rather have $19 billion than BBM—in case you were wondering. 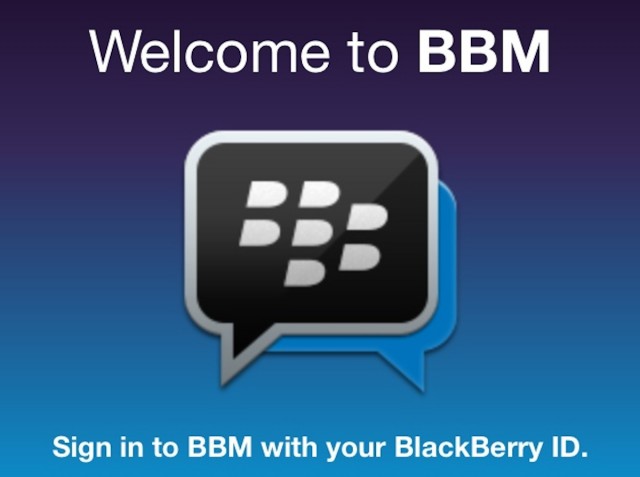 Just recently, BlackBerry’s totally relevant BBM messaging service came to iOS and Android devices, and sooo very many people were trying to sign up at once that they had to establish virtual lines, because that’s a real thing that’s necessary. Surprisingly, BlackBerry’s CEO now says he’d sell the probably super lucrative messaging service for the low price tag of “exactly the same as WhatsApp.”

You may have heard by now that Facebook recently purchased the messaging app startup WhatsApp for $19 billion, which Mark Zuckerberg thinks was a completely reasonable (or even a bit low) price given the app’s features and already half-billion users. So, would BlackBerry part with its BBM messaging service that was innovative years ago and now basically only survives on business use for that same price?

Sure, according to its CEO, John Chen, in a recent interview.

He also gave some insights on BlackBerry’s future in the face of rampant competition and the fact that it’s been more than a little left in the dust, and to his credit, he pretty much owned up to all of it and didn’t try to sugar coat anything. Still, the best part is near the end, when the interviewer asks him, point-blank, whether BBM is for sale, and he laughs and basically says that for $19 billion, it’s up for the taking.

So, you heard it. If you’re just, you know, going around dropping $19 billion on messaging apps (hint hint, Zuckerberg), BlackBerry wouldn’t be offended by the offer or anything—just to put that out there.