FiftyThree, Makers of the Original “Paper” App, Apply for Trademark to Fight off Facebook 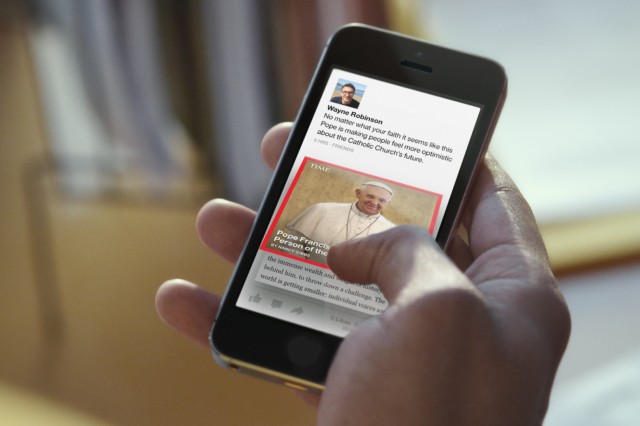 When news of Facebook’s “Paper” app first hit the Internet, I thought it sounded familiar and couldn’t put my finger on why. Turns out, it’s because there’s already an app in existence that’s named Paper, and its creators are maaad at Facebook.

Unlike Facebook’s version, FiftyThree’s Paper app for the iPad does exactly what it says on the tin — it provides a blank canvas on which you can draw with a variety of different virtual ink pen tools. First launched in March 2012, it has become incredibly popular with artists — so much so that it won the App of the Year 2012, and in November 2013, the company announced that 100 million different “pages,” or drawings, had been created using the free app. 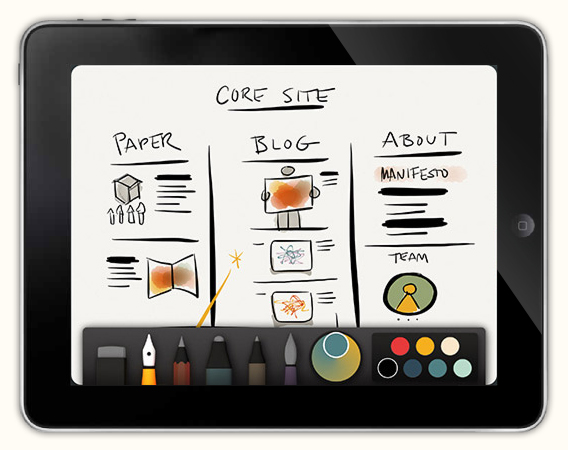 Facebook’s app, by contrast, is… well, Facebook. But different. In a good, interesting way, of course, but not in a way that begs to be called Paper or anything.

Despite this, Facebook refuses to back down from the name they’ve given their app, telling the original Paper creators that they were sorry for “not contacting them sooner” but not making any steps to recognize FiftyThree’s brand or to change their own app in any way. FiftyThree Co-founder and CEO Greg Petschnigg said as much in a public statement he put out just after the Facebook app was released, in which he compares his company’s start-up history to Facebook’s and suggests that the social media network has lost touch with its lowly roots:

On a personal level we have many ties to Facebook. Many friends, former students and colleagues are doing good work at Facebook. One of Facebook’s board members is an investor in FiftyThree. We’re a Facebook developer, and Paper supports sharing to Facebook where close to 500,000 original pages have been shared. Connections run deep.

What will Facebook’s story be? Will they be the corporate giant who bullies their developers? Or be agile, recognize a mistake, and fix it? Is it “Move fast and break things” or “Move fast and make things”?

Not wanting to wait around for Facebook to make a decision, now reports are surfacing that FiftyThree went ahead and applied for an official trademark for “Paper” with the USPTO on January 30th, the day that the Facebook Paper app was first released. Previously, they’d owned the trademark for  “Paper by FiftyThree,” which is why Facebook technically isn’t already in trademark violation. You know, if you want to be wormy about it. 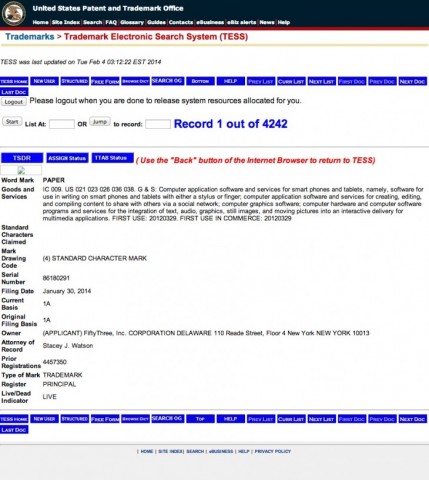 However, TechCrunch also notes that while FiftyThree has a good case, Facebook has huge boatloads of money and can wear them down with copious legal fees. So it really is down to whether or not Facebook wants to be a bully about this, which we suspect they probably will be. It is Facebook, after all.