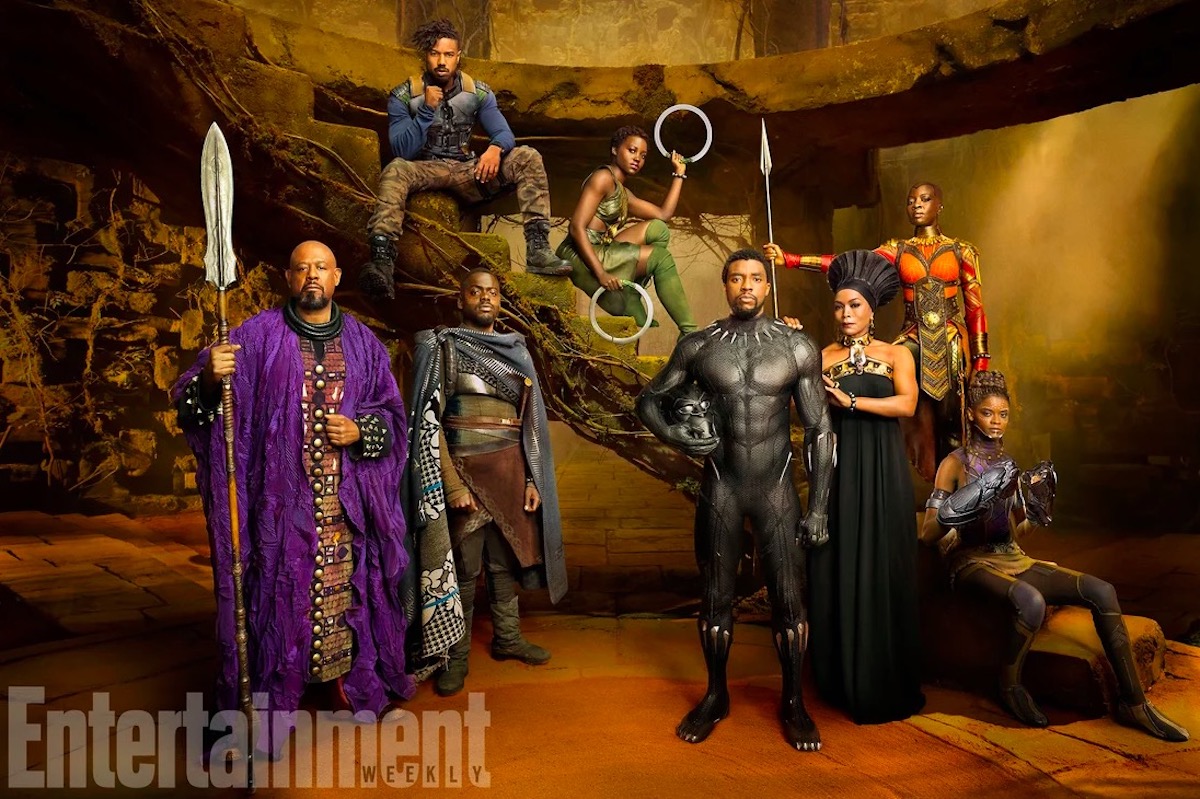 Black Panther has won. It has over-performed like Tiger Woods in golf, Serena Williams in tennis, and Jaden Smith in hipsterdom. Yet still, the industry is longing for the film to be #2 so badly if you listen closely to the sound of handwringing. Sadly for them, Black Panther has continued to break records worldwide. So, of course, that has become A Problem.

Scott Mendelson decided to put himself up as the white male critic equivalent of a Wicker Man at the altar of every other action movie this summer in his opinion piece at Forbes, “Box Office: ‘Black Panther’ Has Become Hollywood’s Worst Nightmare” (now edited to read “Box Office: ‘Black Panther’ Should Terrify Every Hollywood Studio”). In it, and in subsequent tweets with people throwing shade at him, he talks about the trouble with all these other “event movies” getting steamrolled by the vibranium-infused strength of Black Panther. Which he hopes will finally be unseated by … Pacific Rim Uprising?

Now, I’m rooting for Pacific Rim Uprising regardless, because John Boyega is bae, but did we suddenly forget that Pacific Rim was not a successful movie in theaters or with critics? As Mendelson even mentions in his article, “Pacific Rim opened with a ‘disappointing’ $38m debut in 2013, but the sequel is ‘hoping’ for a $25m launch.” Also, fans of Black Panther and Pacific Rim intersect in a lot of ways, and I do hope that PRU does well, but this lament for the sake of other movies is disingenuous.

The films Mendelson laments as being steamrolled by BP include Red Sparrow, Wrinkle in Time, Tomb Raider, potentially Pacific Rim: Uprising, and Ready Player One. He says this demonstrates a problem with Hollywood’s year-round blockbuster strategy hurting the performance of movies that should be massive hits, but why is it that Black Panther’s success in particular is the turning point that makes this a problem? And why is it to blame for other movies’ failure to draw an audience?

Red Sparrow, Wrinkle in Time, and Tomb Raider all have something in common—meh to outright bad reviews that carried over and made people not check out the movie. The movie he doesn’t mention here that did get a lot of critical praise but did poorly, Annihilation, also didn’t get the right kind of backing from its studio, and even as someone who didn’t care for the movie, I can say that it they gave up on it too quickly.

When Ready Player One, which someone has already absurdly referred to as “Black Panther for gamers,” does well, will everyone be lamenting how a nostalgia-driven, white male lead narrative is a backward step in representation, because gamers are now more mainstream than ever before? Well, we might, but overall, it will be a return to the status quo that Hollywood and studios are comfortable with.

So it’s Black Panther’s fault other films didn’t perform better? Too bad. They shoulda been better than “good”. That’s what the Black community (and to a larger extent, every minority community) has been told since birth to do just to survive. Seems that lesson helped BP.

Yes, we know that it sucks when smaller, smart films for “adults,” as Mendelson puts it, get ignored. But frankly, as the tweet above states, black-led movies have been similarly ignored for generations. Black Panther doesn’t have to apologize for its success, because it had to be that good to be recognized in the first place, and if it hadn’t, the industry would be talking about how this is why they don’t make movies like this.

I love to root for smaller indie films, but that doesn’t describe any of the films Mendelson mentioned. They’re all big budget movies by studios that had hoped that a movie released during Black people movie month would have died down by now. Well, it didn’t, but that doesn’t make it a problem for the whole industry.

As the Demi Lovato song says, “Sorry, I’m not sorry,” but the real reason movie studios should fear the Black Panther (or, better, embrace it) is because it just proved that their notions about black actors and films not being able to make money worldwide have been dashed—a lesson seven Fast & Furious films apparently didn’t teach them.