Review: A Wrinkle in Time Is a Movie Made for Kids, Not Critics 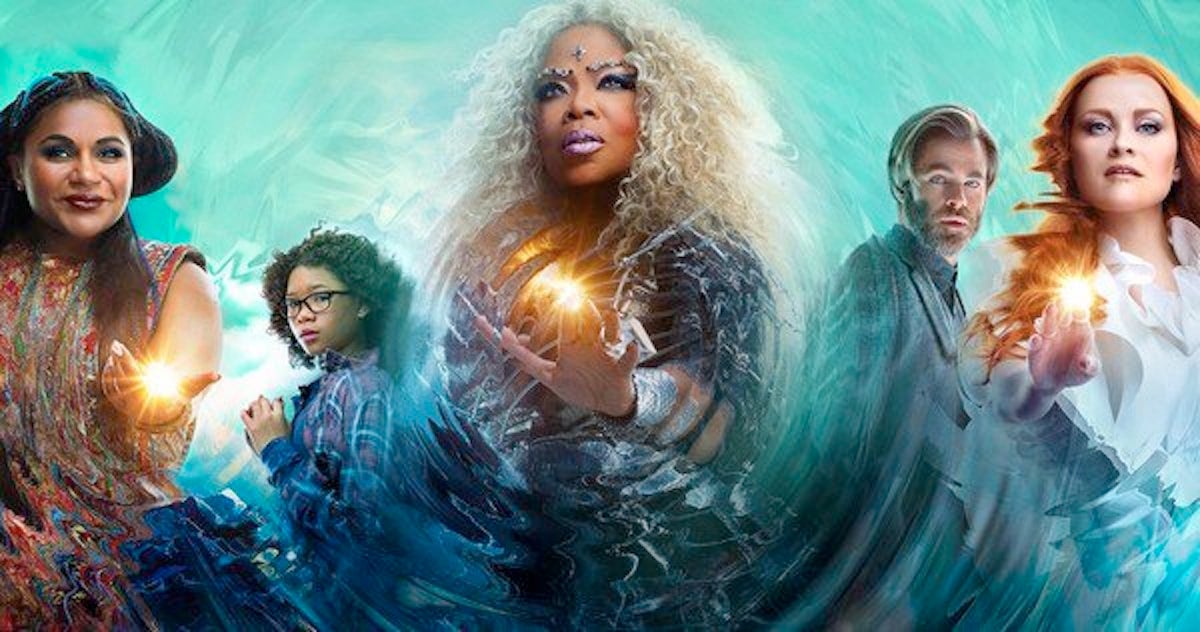 **Some possible spoilers ahead for A Wrinkle in Time, though I strive to stay spoiler-free.**

I really wanted to love Ava DuVernay’s adaptation of the Madeleine L’Engle classic A Wrinkle in Time. That I don’t love it is because it wasn’t made with me in mind, but I’m left wondering who this movie’s audience is meant to be, and hoping that they find it.

After A Wrinkle in Time, I ran into a friend who was also at the screening, and as we walked to the subway, I tried to work through what we’d just seen. “The thing I don’t understand,” I said, “is that I’m not sure what age group this is for. It’s too scary for little kids, and too cheesy for teenagers, and I can’t really tell my friends to go see it on a Friday night.”

This unbalance of intended audience is one of my biggest problems with the film. It is, by turns, painfully and painstakingly earnest, with many lines about believing in the power of love and light, and some heavy-handed exposition explaining things to us as though we were, well, small children. The pop soundtrack cues are so unironically tied to their scenes that the characters may as well burst into song. Yet the movie can also be unsettling and nebulous, with an ill-defined “villain,” the It, that is simply all-expanding pure evil, and questions of complicated physics and mathematical theories that are just kind of breezed past and hand-waived away.

Granted, this story was never going to be an easy one to tell, and as a result, the movie is incredibly ambitious in its scope. Visionary physicist Dr. Alex Murry (Chris Pine) disappeared four years ago, leaving his smart, sullen tween daughter, Meg (Storm Reid), and uncanny genius young son, Charles Wallace (Deric McCabe), behind with his bewildered physicist wife (Gugu Mbatha-Raw).

It turns out that the big-dreaming Dr. Murry really did discover a way to travel across time and space, after being mocked for it—and it’s up to Meg, her brother, and her friend Calvin (Levi Miller), guided by a trio of mysterious, magical, and mystical women (Reese Witherspoon, Mindy Kaling, and Oprah Winfrey), to rescue the trapped Dr. Murry from, uh, the expanding force of all evil in the universe.

It’s been a long while since I read A Wrinkle in Time, and I didn’t reread it, as I wanted to go in with the eyes of a viewer who wasn’t anticipating every beat because of their well-worn copy of L’Engle’s book. Unfortunately, that made the movie’s timeline feel all the more like a series of strange and ominous events inexplicably strung together—the first half mostly by Oprah, it seemed to me, towering and glittering as the benevolent, goddess-like figure of Mrs. Which. 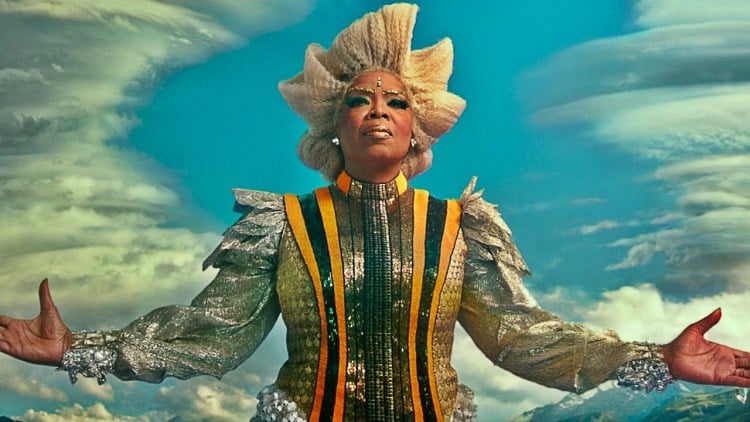 My friend, who did have a well-worn copy of the book in his pocket, told me that he thought the movie was actually too loyal to its source material to a fault, keeping many thematic elements that might have been better cut for a cinematic experience. Cinematically, some of the action sequences didn’t work for me, because the threat the kids face seems so faceless, and other times because it was as though you could already see the future Disney theme park rides being built from their setup.

The more I think about it, the more I think the ideal Wrinkle viewer is aged about 10 or 11. In the book, protagonist Meg’s age is undefined, but thought to be 12-14 , and actress Storm Reid is now 14. However, in my experience, girls that age don’t really want to watch A Wrinkle in Time, where Meg and Calvin smile shyly at each other. They want Clueless and Titantic and Star Wars (at least, that’s what I wanted; everyone wants different things, and rightly so). But the movie feels skewed much younger than its protagonist.

8–11 seems like an appropriate age range to not be terrified by the stranger elements of this movie (like the children simultaneously bouncing balls in a hellish suburbia, or the red-eyed Red, played threateningly by Michael Peña). At the same time, that age range hasn’t become completely jaded by the world and hormones yet. They might still be able to feel a sense of real wonder at the movie’s colorful backdrops, intricate sets, big adventure pieces, the lavish costumes for the Mrs., and the heartwarming power of a young hero to help heal her broken family. 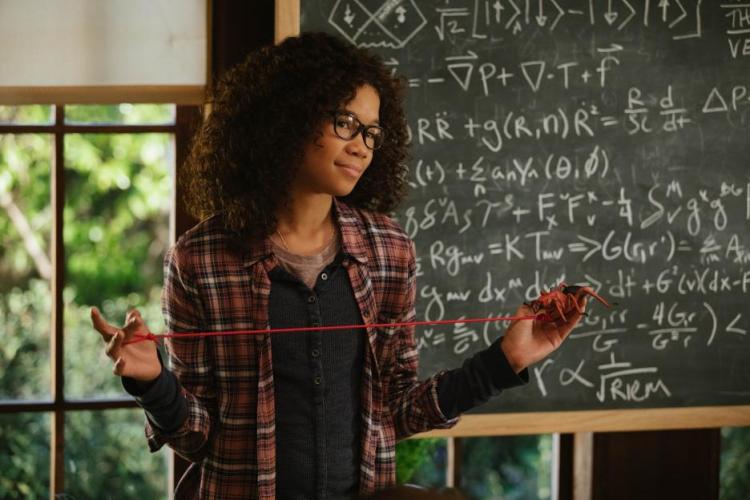 The most triumphant element of A Wrinkle in Time is its new, modern-day, tough and take-no-prisoners Meg, and the fact that she is leading a massive action movie. Meg is all the better as a character because she’s multi-layered and full of both uncertainty and stubbornness, like most teenage girls—she’s clever, vulnerable, furious, worried about her appearance, hard-headed, and impulsive. “Most days I hate myself,” Meg says at one point, and ain’t that the truth of the middle school experience.

Reid is excellent, playing across a range of emotions and physical activity while carrying the movie on her shoulders. DuVernay cast the Murry family as racially diverse, with Meg coming from an interracial marriage. Her brother, Charles Wallace, in a departure from the book, is adopted, and the actor is of Filipino descent. The Murrys are a modern American family, writ boldly and beautifully.

Much as we saw with the reception of Shuri in Black Panther, the importance of representation here—especially the representation of brilliant young women—cannot be understated. Meg is in nearly every frame of A Wrinkle in Time, battling evil single-handedly (including the perils of mean girls at school), navigating quagmires due to her mathematical prowess, and showing herself to be made of stronger moral stuff than even her beloved father. Had I seen Meg in action when I was 10 or so, I would have thought that the sky was the limit (and maybe even that math was cool), and that’s more than enough reason to take your kids to see A Wrinkle in Time right there.

McCabe, as Charles Wallace, gives the most impressive performance I’ve ever seen from a child actor (he’s meant to be about 4 years old; McCabe is 9). He ends up being incredibly crucial to the plot, especially at the end, and my jaw dropped at what this kid was pulling off.

“This is all really just Charles Wallace’s spacetime adventure show, and the rest of us are along for the ride,” I wrote in my notes. There hasn’t been a character like Charles Wallace in a Disney movie before, and I can’t imagine there ever will be again, unless the rest of the Murry books are made into movies. (Where are my Many Waters folks at?) 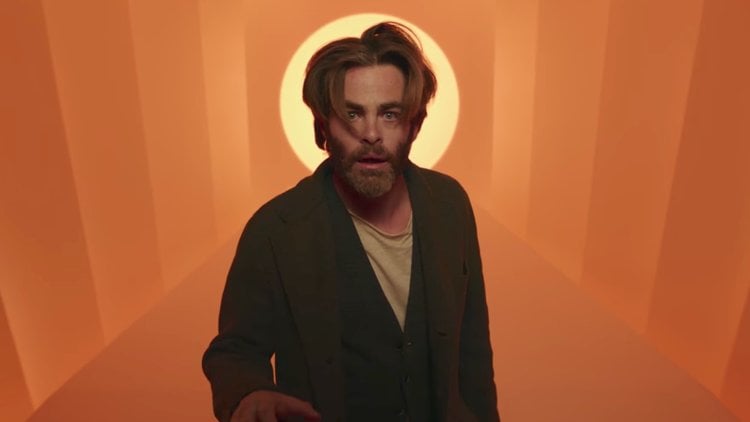 Pine’s role is limited, but he’s a real standout here, throwing himself into the part of a caring father who perhaps cared a little too much about his work at his family’s expense. All that James T. Kirk/Steve Trevor swagger disappears under sensible dad jackets, and there is a scene he has with Reid that will absolutely make you cry; DuVernay is a masterful director for guiding her actors through that scene alone. Mbatha-Raw, with even more limited things to do, is also strong as the trying-to-keep-everything-together Mrs. Murry.

But in a movie where the adults shouldn’t matter too much, the mystical Mrs. sure do take up a lot of time and energy. I’m not sure why A Wrinkle in Time has leaned so heavily on marketing Winfrey, Kaling, and Witherspoon, often pushing Reid to the side in promotions (maybe in an appeal to the parents taking their kids to the film?), but for me, their shtick wore thin pretty quickly.

Then again, I’m a jaded old person. I have more sentimental friends that I already know are going to adore A Wrinkle in Time and cry the whole way through, and a lot of kids are going to come out of this excited to play at tessering in the schoolyard. But kids  (and adults) don’t need to have everything explained to them so simply, and this is where the movie really misses its mark.

For the right age range, will be a fantastical adventure that also goes into the trippy science fiction unknown. And for DuVernay, who is the first African American woman to helm a $100-million+ film, I hope that it is a success. She didn’t make it for me, which is exactly as it should be.