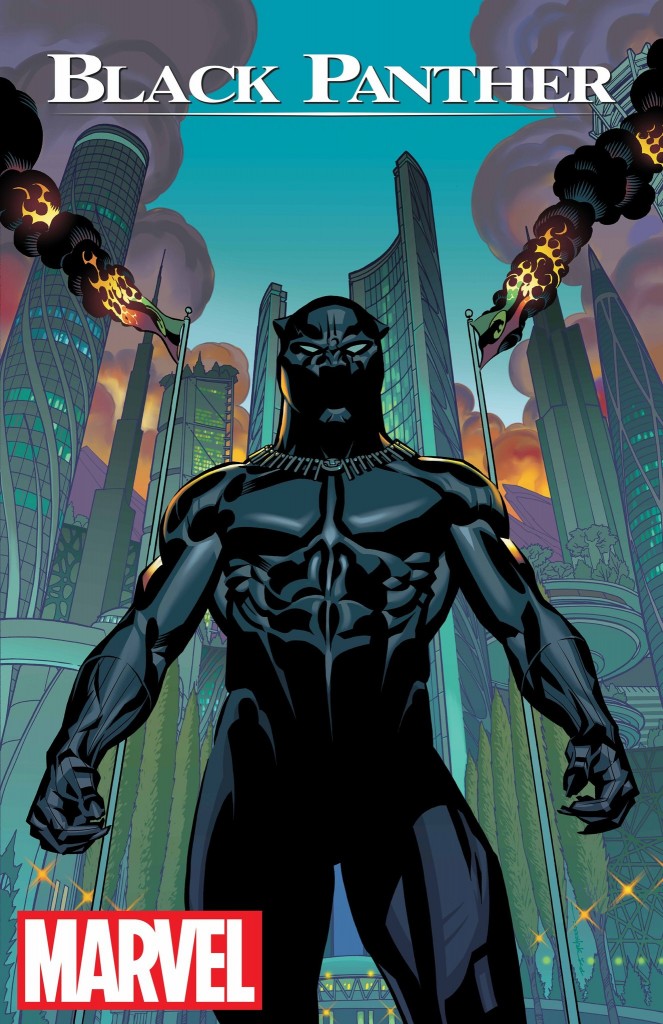 Marvel Comics’ new Black Panther series, written by Ta-Nehisi Coates and illustrated by Brian Stelfreeze, doesn’t come out until April 6th, but Marvel has just released the first few pages of the highly anticipated debut issue. Via Marvel’s press release, Coates gave this description of the storyline he has planned:

Can a good man be a king, and would an advanced society tolerate a monarch? Research is crucial in both cases. The Black Panther I offer pulls from the archives of Marvel and the character’s own long history. But it also pulls from the very real history of society—from the pre-colonial era of Africa, the peasant rebellions that wracked Europe toward the end of the Middle Ages, the American Civil War, the Arab Spring, and the rise of ISIS.

In addition to being a lifelong Marvel enthusiast, Ta-Nehisi Coates is also an award-winning journalist and non-fiction author with a wealth of historical knowledge; it’ll be fascinating to see him showcase that knowledge in the world of Black Panther. Without further ado, here are the first three preview pages of the upcoming issue, which reveal the beginning hints of Coates’ upcoming arc, as well as the excellent illustrations we can expect from artist Brian Stelfreeze: 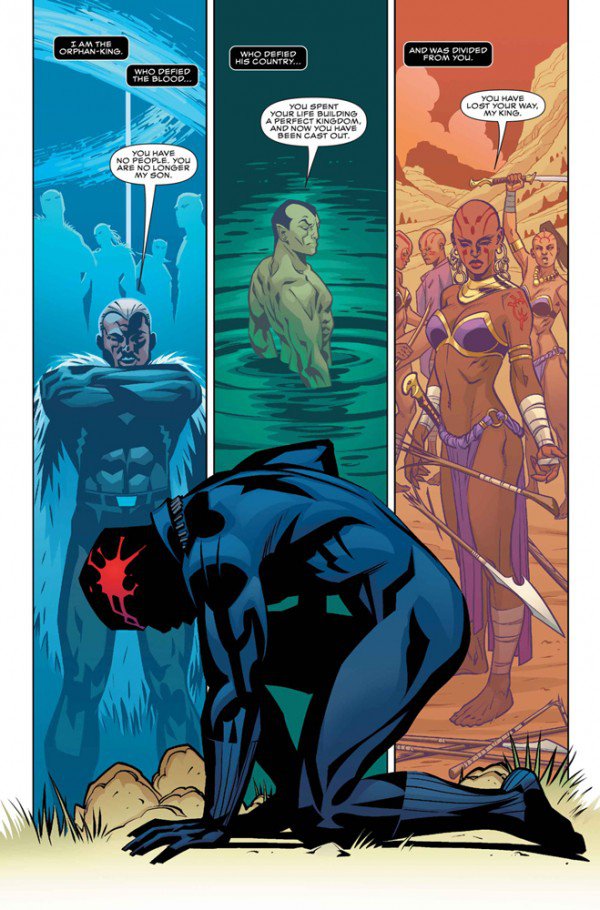 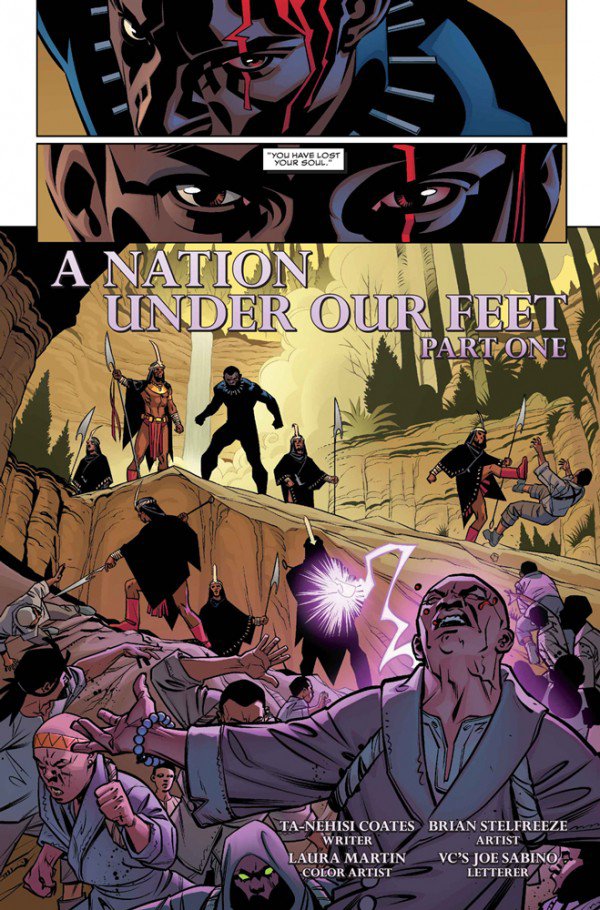 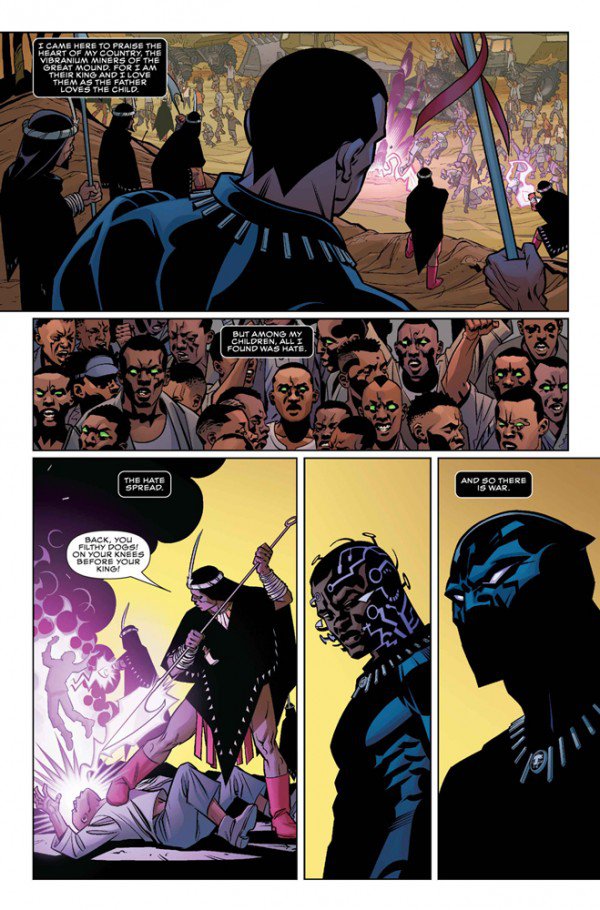 You’ll notice that in that last set of panels on the third page, T’Challa’s Black Panther mask forms over his face remotely, via some form of technology. Steflreeze’s Facebook page cites this as an homage to Jack Kirby, calling it a “Kirby-tech inspired transformation that had those classic elements that looked like transistors/circuits.”

In another post, Stelfreeze’s fan-page elaborates on the decision to illustrate the panther ears in a downward position: “If you look at what happens when a panther is ready to attack, the orientation of the ears is down. So, then T’Challa puts on the mask, he is ready for business.”

Stelfreeze’s concept art collection also includes an illustration of another piece of tech popular in Wakanda: a “bead tech design” that also takes inspiration from “Jack Kirby’s original concept of the 1960’s ‘techno-jungle’ and brings it to a wi-fi personal device wearing 21st century.”

What do you think about Ta-Nehisi Coates’ and Brian Stelfreeze’s new vision for Black Panther?

(via Screen Rant, images via Marvel Comics and Brian Stelfreeze)