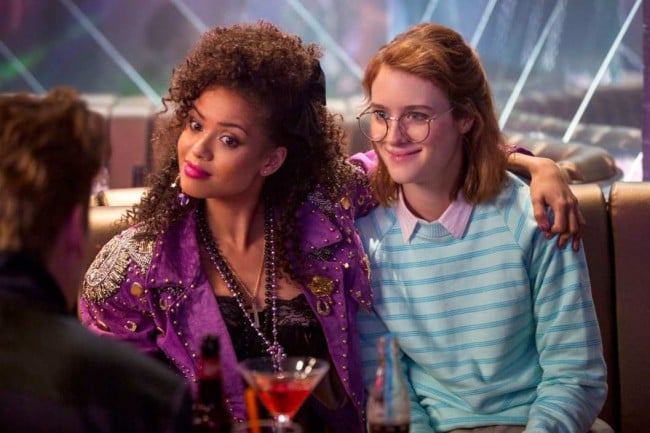 Black Mirror is the perfect fall show: it’s creepy, inventive, and full of talented actors and directors. I mean, there’s nothing you want more before Halloween than some existential dread and a general distrust towards technology, right? Creator Charlie Brooker shared the dystopian premise for each episode with Entertainment Weekly, and it looks like we’re in for a wild season. They don’t give too much away, and you can no doubt expect some heart-wrenching twists, but if you’d rather go into the season not knowing anything, you should probably stop reading now.

“Nosedive,” the episode starring Bryce Dallas Howard and Alice Eve, takes place in a world where everyone “obsessively ranks and ranks every tiny social interaction” (and it’s not about Pokemon GO, like I guessed). Howard’s character is an insecure office worker who wants to be as elite as Eve’s character. Brooker says, “Each episode this season is a different genre; this one is a social satire. It’s got a creepy serenity to it and won’t be what people expect.” This is the episode I’m most excited about because of the director and writers, and it’ll definitely set the bar for a great season.

“San Junipero” is the ’80s episode, where Gugu Mbatha-Raw and Mackenzie Davis (pictured above looking like an adult Stranger Things Barb) arrive in a beach town. Brooker calls it “an ’80s coming-of-age drama with a Black Mirror undertow” as well as a joke toward people who thought the show would be Americanized because of Netflix.

“Shut Up and Dance” is the “most grounded,” according to the creator, who calls it “a kitchen sink nightmarish thriller.”  A teenager played by Alex Lawther and a shifty man played by Jerome Flynn will be involved in a storyline about falling into an online trap.

“Men Against Fire” will take us into a mysterious future as soldiers played by Malachi Kirby and Madeline Brewer must protect villagers overseas from feral mutants. Brooker likens this one to The Walking Dead and states that it investigates how technology has changed warfare.

“Playtest,” the episode directed by Dan Trachtenberg, will no doubt be an interesting watch for us. It features Wyatt Russell as a “thrill-seeking globetrotter” who hooks up with a woman played by Hannah John-Kamen, a premise that gets Black Mirror-ed with virtual reality and video game technology that’s “as mind-bendingly sophisticated as it is terrifying.”

“Hated in the Nation” will be the show’s first 90-minute episode starring Kelly McDonald as a police detective investigating murders linked to social media. “It deals with online rage. It starts out like a stylish standard police procedural, then takes a bizarre turn.”

Many of these episodes touch on very timely and current issues, so I’m very excited to see how this awesome show will take them on. The new season of Black Mirror comes to Netflix October 21st.