Are The Birds Of Prey Set For An Appearance On Arrow Season 2? 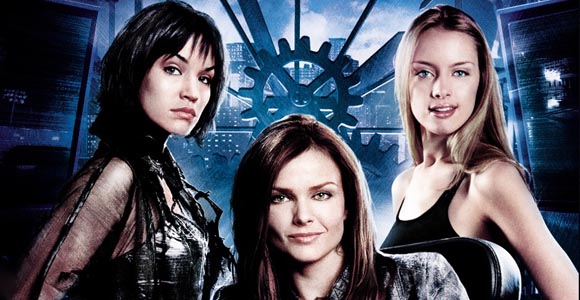 We already had a Birds of Prey television show. While it wasn’t quite what everyone would have hoped for, I stand by my love for it. The next time we saw Black Canary was on Smallville and that’s all I have to say about that. But last season on Arrow we were introduced to Huntress and we know a new Canary will appear in Season 2. Can they complete the trifecta and get us a Barbara Gordon for a new Birds of Prey team? Hit the jump to find out!

Executive producers Marc Guggenheim and Andrews Kreisberg were interviewed by TV Guide about Season 2, premiering tonight on The CW. On Black Canary, Guggenheim said, “You’ll get your first glimpse of Black Canary in the premiere…[her] appearance is going to coincide with Laurel really struggling with a great number of things. We’re throwing a lot of things at Laurel this year.”

Frankly, we’re still a bit confused on the whole Black Canary thing, hopefully the first episode will clear things up a bit. So what about getting the Birds in there? Guggenheim told TV Guide:

We have an idea for how to do our version of Birds of Prey. When you think about it, we have a lot of pieces. It’s a lot like the Suicide Squad. As we continue to populate our world with new characters and some returning people from last year, you start to go, “We’re really close to that!” We saw this awesome bit of production art for a new set that we realized plays into Birds of Prey completely. Our Art Department wasn’t even intending that! There’s certainly a momentum towards that, but everything has to happen in due time. With respect to Birds of Prey specifically, there’s an actress that we particularly need to make that piece work and we need to check on her availability.

Mr. Guggenheim, I shall make myself available to play Oracle. For you. I’m sure Susana would understand.