Under no circumstance are you to take off your blindfold. 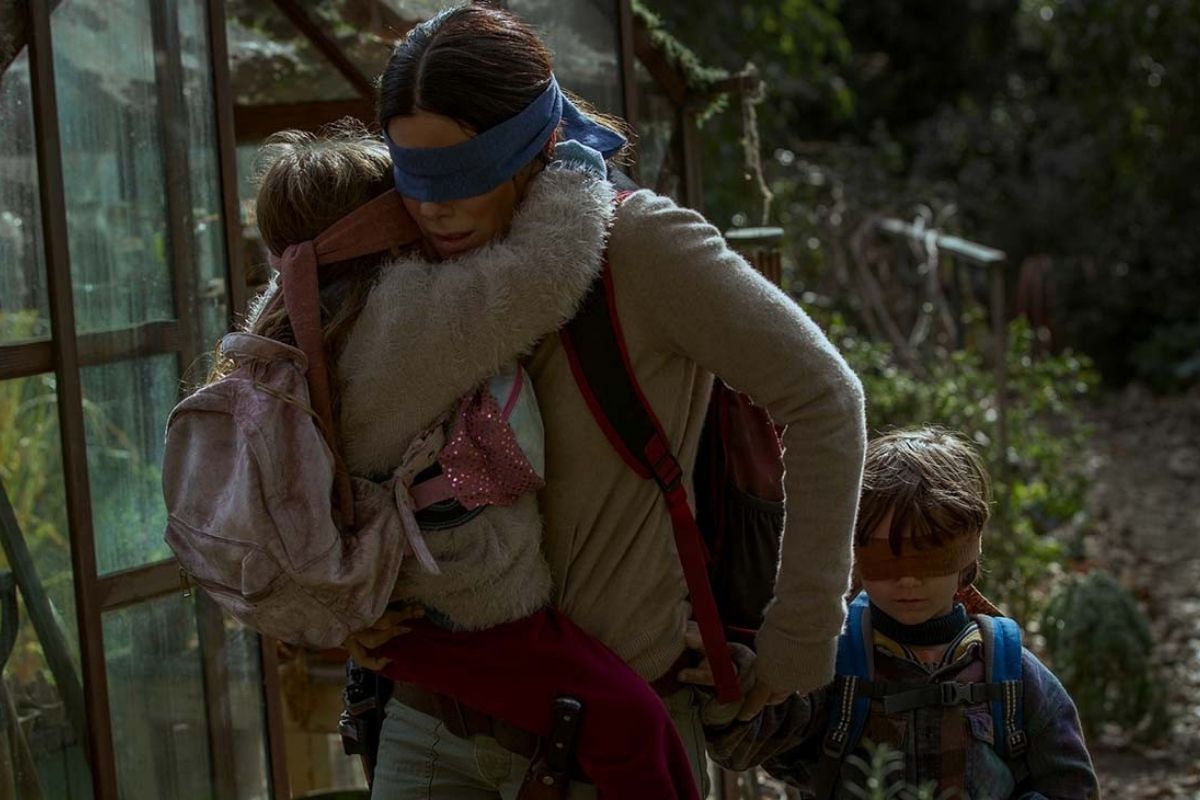 A Bird Box cinematic universe truly wasn’t on my 2021 bingo card. But like everything else unexpected this year, we’re just going to go with it and choose excitement when it comes to this startlingly frightening world. The sightless world, plagued by entities that drive humans to kill themselves, is set to expand on the horrors that we experienced in the 2018 hit. The huge difference is that it’ll be in Spanish, and personally, I’m here for it.

Netflix has hired Alex and David Pastor to come on and tell a new story and expand the Bird Box universe. The filmmakers are brothers who are responsible for such sci-fi thrillers as Carriers and Self/less. Carriers was their English language debut and starred the ever-talented Chris Pine, set in a world where a global virus had decimated the population and featuring the lengths some would go to for survival. And Self/less was a Ryan Reynolds-starrer that told the story of a dying mogul transferring his consciousness into a healthy new body and the consequences that followed.

Dylan Clark and Chris Morgan, who initially produced the Sandra Bullock thriller, will be back for the Spanish spinoff of Bird Box, as producers, but that’s not all. They will be joined by Adrián Guerra and Núria Valls, who will also produce the film. Guerra is known for his work on Palm Trees in the Snow and The Invisible Guest, and Valls is known for her work on Titan, Buried, and [Rec]2, the latter being a series of Spanish movies you need to check out.

As of right now, there are no details when it comes to the plot of the Bird Box spinoff. What we do know is that Netflix is invested in creating a world that connects different markets. The Spanish market is huge and important, and Netflix wants to get in on that. Netflix has already outdone themselves with hits like Cable Girls and Money Heist, which are Spanish productions, and will do the same with the upcoming show Sky Rojo. This Bird Box spinoff is an opportunity to elevate that and bring together two very distinct and important markets while scaring us at the same time, and I can’t wait.