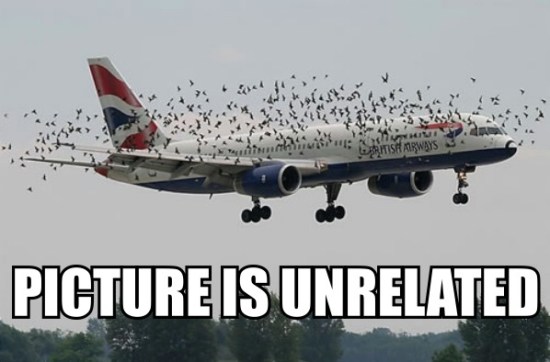 Andrewid1976 has a video on YouTube of a truly stunning aerial battle: between his RC airplane (with a rear-facing camera) and a large crow.

The video is slowed down, but still displays the date and time, down to seconds, so you can get an idea of just how fast it was all happening.

Reasons behind the attack are unclear, and we’re enjoying the speculation: