Oh man, there's going to be so much money laundering. 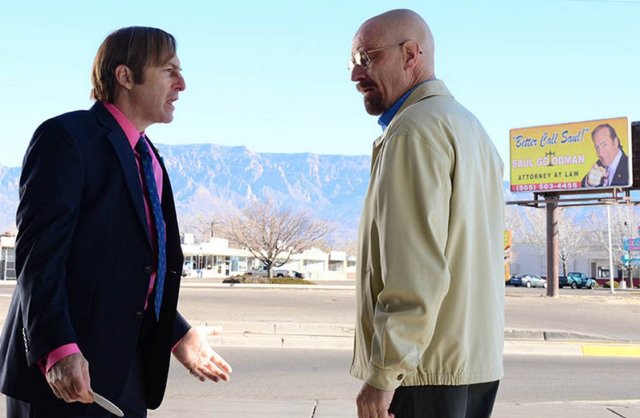 The working title is Better Call Saul because of course it is. Breaking Bad writer and producer Peter Gould who created the character will be the showrunner on Saul, and there’s every reason to believe Odenkirk will reprise the role.

It seems like a smart play by AMC, which hasn’t seen the success it’s had with Breaking Bad and Mad Men with many of its other original programming. Other distributors like Netflix were circling the project had AMC decided to pass.

We’re really thrilled to see this happening, though frankly it would have been great if Netflix did pick it up because binge watching.

(via The Hollywood Reporter, image via AMC)